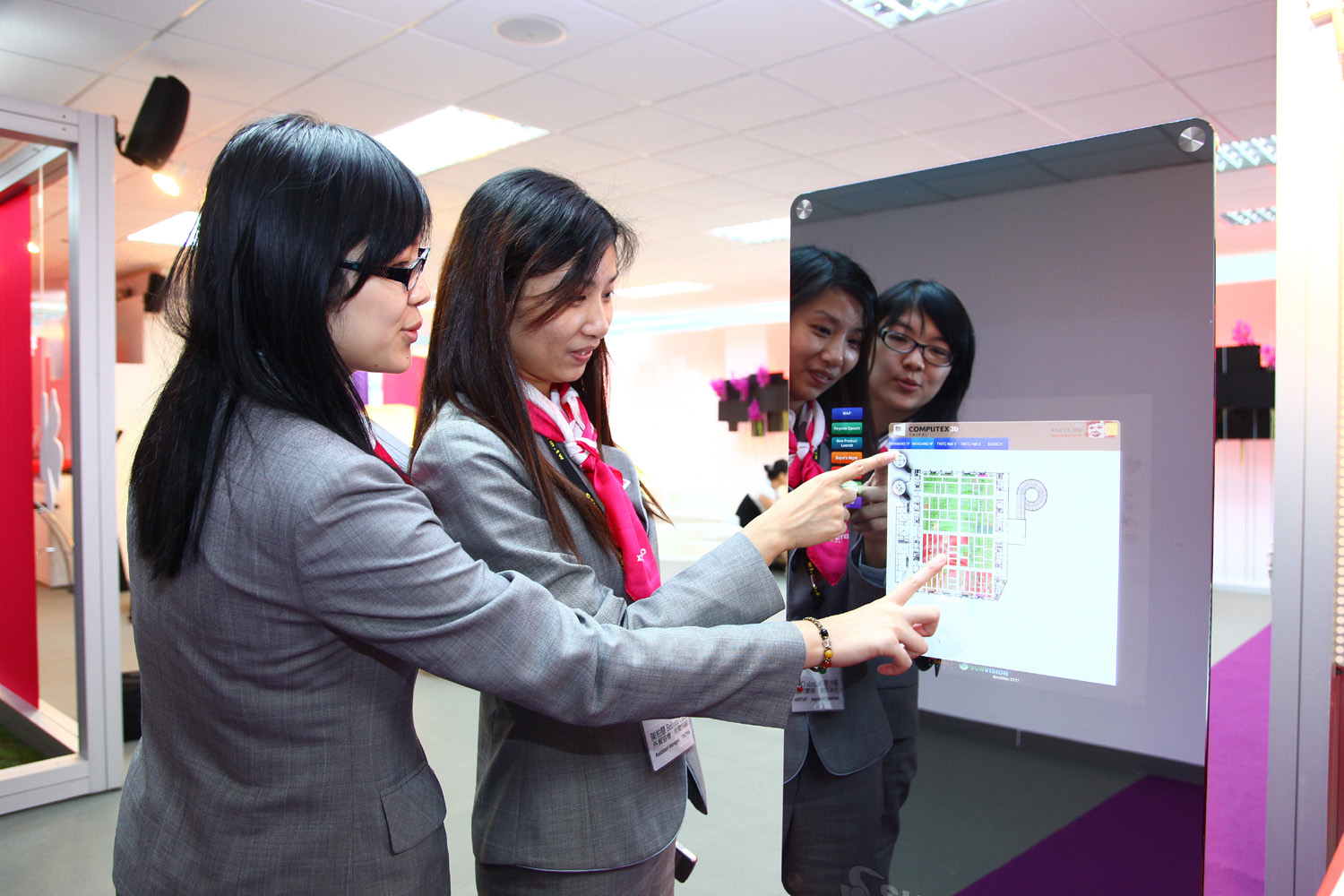 The question of how to get 3D technology into every living room and a tablet computer into every hand is set to dominate Asia’s largest IT fair which opens in Taiwan next week.

Around 1,800 exhibitors from across the world will descend on Taipei for the Computex fair, which runs from Tuesday to Sunday, hoping to generate an estimated $23 billion of sales from 36,000 buyers, organisers say.

Under the slogan “Shaping the future!” the fair will showcase a cascade of new products designed to stir the interest of tech-savvy consumers.

3D is expected to take centre stage, as the technology becomes cheaper and migrates from multiplex cinemas to ordinary homes.

“In the past, the resolution of the TV displays was low, and people could only watch 3D movies in the theatre, where they also had to wear goggles,” said Stephen Jeng, secretary-general of the 3D Interaction and Display Alliance.

“But now, equipped with Blu-ray 3D players, people can see movies at home on their own TVs.”

Most exhibitors are tight-lipped over what new gadgets they will unveil at the show, hoping the element of surprise will add to the impact among potential customers.

But among technologies confirmed to be on display is one developed by the Industrial Technology Research Institute (ITRI), a semi-official research body in Taiwan, allowing 2D and 3D to be showed alongside each other on displays.

Another example of what’s in store is The HoloAD, a box-like device developed by Taiwan-based company Innovision, which allows a three-dimensional display for advertisements.

The development of 3D content remains slow due to high production costs, but forecasts for the sector are bullish.

In 2011 up to 12.9 million TV sets with built-in 3D may be sold worldwide, up from 3.5 million last year, according to a forecast from ITRI.

Last year’s global sales of 3D TV panels accounted for 2.1 percent of the total number of panels sold worldwide, according to the institute which expects the figure to treble this year before soaring to over 50 percent by 2015.

Technology giants such as Samsung of South Korea and Japan’s Sony have already released 3D televisions sets, and Taiwan players are expected to follow later this year.

Taiwanese manufacturers BenQ and Chimei both plan to launch 3D televisions in 2011.

Chimei Innolux Corp, a leading liquid crystal display panel maker, is one of the Taiwan high-tech companies now tying a major part of its revenue stream to the new format.

“Our 3D display sales in China, largely for use in desktop monitors and TV sets, will account for 20 percent of total shipments there,” said spokeswoman Loreta Chen.

The other hot new sector to be showcased at Computex is the tablet computer, which has seen a proliferation of brands hit the market since Apple’s groundbreaking iPad was released in April last year.

This trend is spawning whole new industries, such as a solar power-generating cover for iPad-type devices and e-books, developed by Portable Solar Power, based in the Taipei area.

“Since the iPad was put on the market, it has swept the world, and demand will be even stronger this year,” said Chang Li from the Taipei Computer Association which co-hosts the annual event.

“But Apple’s competitors are not likely to sit idle and let Apple keep dominating the market,” he said.

“They definitely will work together with manufacturers to vie for a big slice of the market share. We estimate that at least 50 models of tablets will be on display at the show.”

Competitors have rushed to cash in on soaring demand for tablets, a trend that has eaten into PC sales.

Samsung’s Galaxy Tab is the best-selling rival to the iPad and Research in Motion is the latest to join the fray, with the release in April of its Blackberry PlayBook. — AFP