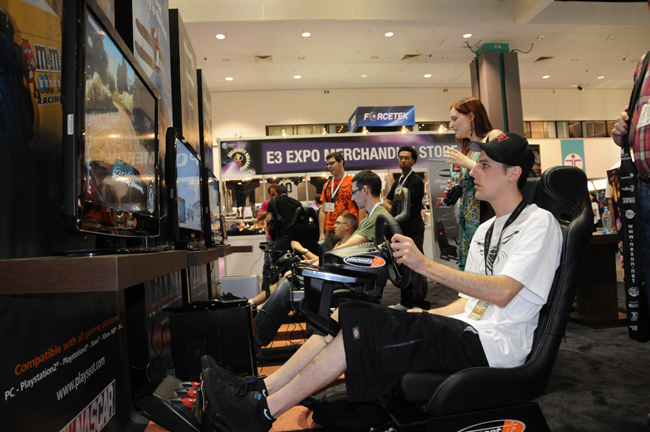 Blockbuster titles and powerhouse consoles will rule as video game makers from around the world meet in Los Angeles this week for the premier Electronic Entertainment Expo (E3).

Hotly anticipated games will build on established franchises with slick play mechanics, film-like graphics and increasing sensitivity to how much people love playing online with friends or on the go with mobile devices.

“E3 will be a strange combination of everything from blockbuster retail games like ‘Call of Duty’ and ‘Battlefield’ all the way down to apps, social games, and digital downloads,” said TechSavvy Global analyst Scott Steinberg.

The latest installments of “Call of Duty: Modern Warfare” and “Battlefield” will duke it out for the hearts of hardcore shooter fans.

The third chapter in a “Mass Effect” science fiction action game promises a glorious finale to the trilogy. Glimpses will also be provided of new editions of hits “Prototype,” “InFAMOUS,” “Drake’s Uncharted” and “Batman.”

French video game titan Ubisoft will continue an “Assassin’s Creed” saga set in Italy during the Renaissance and introduce new antics for its zany “Raving Rabbids.”

“It is not so much pressure as it is opportunity to think about new ways to entertain,” said Ubisoft North America president Laurent Detoc. “It is a very exciting time.”

Nintendo is expected to ramp up the console competition with a second-generation Wii rumored to be more muscular than rivals and feature touch-screen capabilities in controls.

The Wii successor to debut when E3 opens on Tuesday was expected to be among expo highlights. The console is due to be released next year.

Sony will show off its Next Gen-Portable (NGP) handset that promises to “put the power of the PS3 right in the palm of your hand.”

The Japanese consumer electronics giant will be intent on making a splash at E3 to shake off the taint of a massive cyber attack that derailed its online gaming network until a week before the expo.

While the spotlight will be on major titles, games crafted for play on smartphones or tablet computers will be in the wings.

Game publishers are tailoring versions of console titles for mobile gadgets and envision one day being able to let people start playing on one device and then continue on others.

“For a long time the menu of games was thought to be just chicken, meat and potatoes,” Konami senior public relations manager Brandon Cox said at the company’s pre-E3 event in San Francisco. “Now you have a lot of salads, a lot of fruit. … It is important to touch people where ever they are.”

Electronic Arts plans a glitzy press conference in a theatre for console titles, but has a suite in a nearby hotel devoted to smartphone and tablet games by Chillingo, Playfish, EA Mobile, Pogo.com and Hasbro.

Console video games have been evolving to include online play with friends and stories stretched with digital content made available for download on the Internet.

Many have compelling storylines to reward players for spending $60 on a triple-A title instead of a few dollars or less on social or mobile games.

Publishers are confident that new “screens” will broaden the gaming audience to include just about anyone.

“There really has never been a better time to be a gamer,” Steinberg said. “The options are absolutely staggering.”