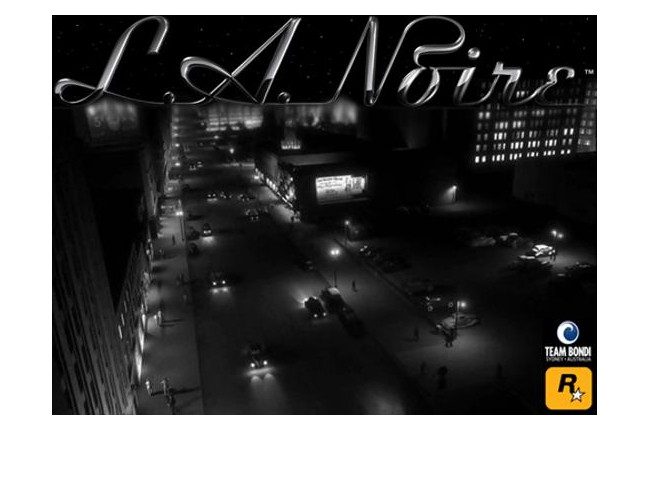 Review: LA Noire – Detective Phelps cuts a sharp figure in the neon light of Los Angeles. Hunched over the scene of a brutal crime, he pensively inspects each inch of a rusted pipe, stained with the blood of an unknown assailant. Music swells in the background, the crime scene has now been swept for clues. Detective Phelps knows that it is time to move on to the interrogation of the witness.

Leaning against a ruby-red barstool, she draws back on a cigarette, looks in the detectives direction and casually blows smoke into his face. With uncannily realistic facial movement, Phelps waves the smoke away and begins his questioning. By viewing the natural tics and signals of his suspects, he can deduce if they are lying or telling the truth. Each successful questioning session raises his detective level, allowing him to earn more points on intuition – which allows him to question suspects easier and discover hidden clues. The questions revealed even more pressing matters and detective Phelps drives deeper into the night to continue his investigation.

This is the world of LA Noire.

A mixture of LA Confidential, Red Dead Redemption and every cheap detective novel ever printed. It is an unrelentingly directly-plotted title with very little in the way of exploration, give or take the optional side-missions. The story takes hours to unfold correctly, a winding tale of deception, corruption and greed which plays out with the type of clichés which would make the writers of dimestore westerns blush. The charm of LA Noire eventually digs its claws into you and the twenty hour story finishes with a gripping finale which delivers a level of maturity rarely seen in other titles.

Just look at the screenshots. LA Noire is a stunning game. The level of detail is beyond astonishing; every item can be zoomed into and inspected, rotated and picked apart at a level of detail that displays Rockstar’s dedication to its craft. The star of the show is the facial mapping, which eerily recreates facial movements in a manner which was once impossible. The most natural movement of the face is captured with a level of intensity and emotion that forever changes the character game genre. The first time you see it in action, you will scarcely be able to believe how this was never possible before, and after this every other game’s attempt to lip-synch seems crude at best. Sadly, these photorealistic faces seem out of place with the stiff and wooden body motion; buy hey, one step at a time.

Get into character
You play the part of Detective Phelps, a war veteran who proved himself on the beat (you get to know him during a lengthy tutorial section) and is now a star detective. Your job is to work through each case, file by file, until you uncover the rot from within. You begin in traffic and move your way to homicide, vice and various other cases as you build your rank, earn intuition points and prove yourself to the people of LA.
LA Noire is not for children; in fact it may not even be for those who are legally able to play it. This is a lengthy game which requires a deep level of concentration in order to finish it and its perfunctory action sequences can even be skipped after enough failed attempts. The devil is in the detail and without your dedicated attention to detail, you will miss out on the meat of the game.

Yet none of this stops me from recommending LA Noire as highly as possible. This is an intense title which has the maturity of an Oscar-winning movie and the production values to match. Purchase it today and enjoy the seedier side of justice.