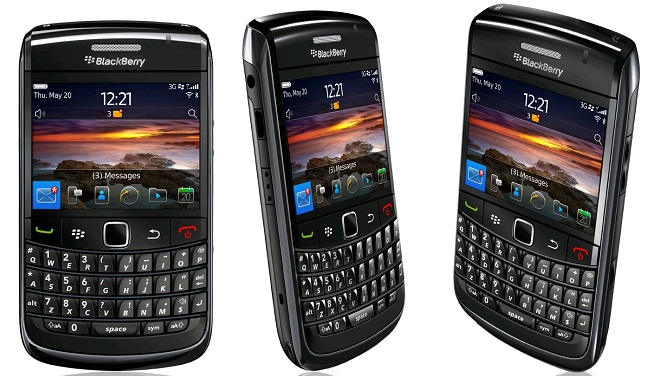 Review: BlackBerry Bold 9780. This is the best BlackBerry you can buy today. But should you buy it? BlackBerry fans looking for a high-end BlackBerry experience have a choice between the 9780 and the Torch 9800, and there’s a third contender on the horizon that might steal your heart. The 9780 has amazing strengths, but maybe not the ones you’re looking for.

The handset itself is handsomely austere. Understated and almost completely black, the 9780 is the most likely weapon of choice for Wall Street types. The build quality, light weight – and of course the fact that it comes in white – means that the the 9780 is also equally at home in Katy Perry’s handbag. 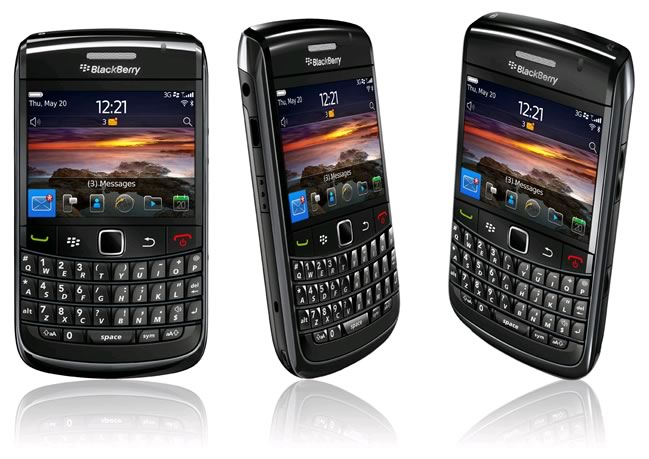 Sadly, the 9780’s dapper veneer belies some of its less inspiring internals. When compared to today’s dual core gigahertz processors, the meager 624MHz CPU seems quite anachronistic. You aren’t exactly spoiled for storage either: 512MB of onboard storage plus a 2GB removable SD card (included with purchase) isn’t exactly ample. While we’re throwing punches, may I also point out that your video recording will play back at 640 x 480 and if you’re on a WiFi connection, the best you’ll get is 802.11g.

But none of the above really matters much when you consider who this phone was intended for.

A smartphone for serious communicators and socialites

There’s no sign of OpenGL here to distract you; no Angry Birds or Plants vs Zombies. The person who will love this phone is someone who values a tactile keyboard because their social life is too demanding to stop to look down at their phone. You’ll find the 9780 in the hands of people who value an unlimited data plan because they have multiple email accounts, a phone contact list bigger than their Twitter following, and more friends on Facebook than they know in real life.

By the same token, someone who loves OpenGL gaming, 720p video recording and a lot of onboard storage for multimedia might want to look elsewhere.

Some standout hardware features for the 9780 includes stellar battery life – you’re likely to get a full day on 3G even with extensive use, a stunning 2.44-inch 480×360 pixel (246 DPI) TFT LCD display, really crisp sounding speakers and one of the best 5MP cameras you’ll find on a BlackBerry. The camera’s features include a flash, auto focus, face detection, image stabilization, scene modes and 2X zoom.

The usual suspects are all here too: GPS (including A-GPS), WiFi (b and g), Bluetooth 2.1, 3.5mm headphone jack, voice control, left and right programmable convenience keys, optical trackpad and a volume rocker on the right. 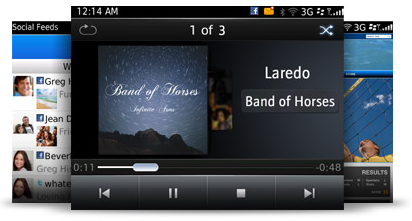 One of the standout software features of OS 6 is the web browser. Though not comparable with the higher echelons of the browser elite such as Safari on the iPhone, the revamped WebKit browser in OS 6 now supports tabs and is leaps and bounds better than the dismal excuse of a browser found in OS 5.

The browser still struggles with Javascript, however, and my cursor had an annoying habit of disappearing randomly. Also, don’t expect to find any trace of Flash support here. If you’re serious about your web browsing and like your scrolling and zooming smooth, your page load times fast and value your Flash, look elsewhere.

OS 6 introduces Universal Search which makes it easy to find content on your device such as contacts, messages, music, pictures, appointments, operating system options, etc. as well as content you want to bring back to your BlackBerry. This can include search results from various sources, and it all happens by simply typing for whatever you’re are looking for.

The homescreen experience has been improved with vertical and horizontal sliding icon trays, an enhanced and simplified user interface with contextual windows showcasing most frequently used options and aesthetic improvements throughout the system. OS 6 also comes with the Social Feeds app which integrates all your social media and RSS feeds.

Memory and application management is much improved and I’ve experienced less slowdowns, which meant forced reboots were fewer and further in between.

With RIM’s continued consumer market push it’s clear that they are paying more attention to media capabilities in OS 6. OS 6 comes standard with a YouTube app to search and upload videos directly, and a Podcast app to sync your podcasts through Desktop Manager 6. Another really compelling media feature on OS 6 is Wi-Fi Sync which allows you to sync music and videos between your handset and any computer running Desktop Manager. 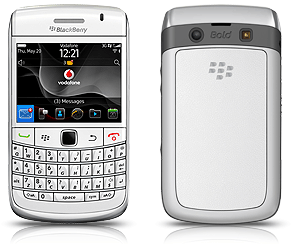 Gateway to a CrackBerry habit

If you’ve never owned a BlackBerry before, the Bold 9780 is the ultimate gateway to the world of unlimited on device browsing and the archetypal instant messaging client, BlackBerry Messenger. You get the world’s best portrait QWERTY keyboard, a good 5MP camera, a gorgeous display and RIM’s latest and most secure BlackBerry operating system.

Your decision to buy it today is simpler. If you’ve already chosen BlackBerry over the competition and you’re in a position to buy RIM’s best commercially available effort to date, the Bold 9780 will be a welcome addition to your life.

You might be tempted to get the Bold 9800 instead, but the world is still waiting on RIM to deliver a BlackBerry with an excellent touch screen experience. In the meanwhile, the Bold 9780 is RIM at its finest.

If you already own one of the earlier versions of the Bold, the decision to get the Bold 9780 is a more difficult one. The Bold Touch 9900 is scheduled for release later this year, and it looks to be the most exciting thing RIM has done since the Bold 9000.

If you own a 9700, and you’re considering bumping it up a notch to the 9780, you’re essentially looking at a better camera, double the onboard memory and OS 6. I’d say wait for the 9900. If you’re still holstering a 9000 – like I am – it’s even more reason to wait; the 9900 is simply too big of a leap to disregard it in your purchasing decision.

BlackBerry’s new OS 7 will be launching on the Bold 9900 exclusively, with no legacy support, which means that software developed for OS 7 will not necessarily be developed to be backwards compatible with OS 6. The Bold 9900 will also bring with it a significant web browser update and the best hardware spec seen on a BlackBerry for quite some time.

With the Bold Touch 9900 on the horizon, consumers will have to think twice about procuring the 9780. With that said, the 9780 is the best BlackBerry money can buy right now. It has the best of everything RIM has produced to date and is an affordable smartphone proposition when taking into consideration the unlimited data plan – a feature much coveted in emerging markets where bandwidth is still an expensive commodity.

RIM is still finding its consumer rhythm and it’s no surprise that the Bold 9780 again fails to break free from BlackBerry’s traditionally lackluster multimedia and gaming experience. The web browser – although much improved in OS 6 – still leaves much to be desired as well.

Something worth mentioning is that the 9780 gets along well with the BlackBerry PlayBook. If you simply have to have the 9780 today, RIM’s new wunderkind tablet (being touted as “BlackBerry Amplified”), might serve you as a panacea for some of the 9780’s shortcomings, retail price permitting of course.

(editor: we have a PlayBook in our hands, Gearburn will have a three day hands-on review of the BlackBerry PlayBook this Friday morning when we publish)