By Andre Fourie
Read nextWiill it be HD and awesome too? 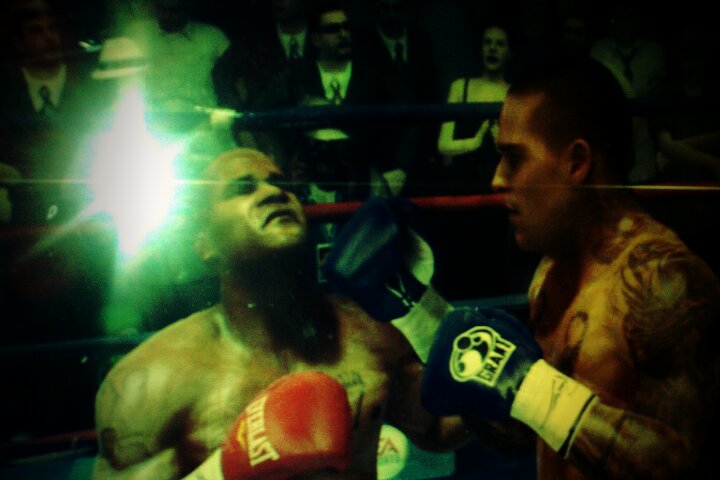 Review: Still boxing, but now with added drama and emotion (and plenty blood and guts) in this Xbox pugalistic sportfest with a boxer’s fighting heart. I’ve long been a fan of the Fight Night series. It’s a standard part of our Friday night guy get-togethers, where groups of us would braai, have a few beers and compete for ultimate bragging rights in epic Tyson-Holyfield throwdowns. When I first loaded Fight Night Champion, the latest in EA’s boxing franchise, I wondered how they could possibly improve on the last instalment. I was pleasantly surprised.

From the moment the voice-over in the opening sequence said: “That’s what champions do, Andre – they get back up.” I was hooked. My name is Andre. I want to be champion.

Fight Night Champion is a mostly-cosmetic update that sticks to the winning formula of Fight Night 4, with a few memorable changes. You will now have no doubt about the effect of your punishing punches to your opponent – enough jabs and your opponent’s eye starts swelling; hit him hard enough, and the blood starts running, splashing on your boxing trunks and the canvas in a most visually satisfying way.

More control
The fighting system has had a slight overhaul – gone is the awkward finger-rolling movements players had to complete just to throw a hook or uppercut. Every punch is now precision-timed by flicking the analogue stick quickly in one direction. This improves the flow of a fight and allows you to focus on the important thing – the boxing. The ridiculous haymaker from FN4 is replaced by a more realistic and much more manageable modifier that allows you to add a little extra power to any punch. The blocking system has also been simplified and the new stamina/endurance system is a touch more sophisticated than before.

The game still sports the standard VS mode, where you and a friend can go toe-to-toe for ultimate bragging rights. The huge roster of famous fighters is largely intact from the last game, but the improved AI means you see a little more of the personality of each fighter during a bout. Tyson is pure aggression and power and is relentless in his attacks, while Ali toys with his opponents as he dances hither-and-thither around you. The one major disappointment of the game is the Legacy Mode. It’s supposed to be the career mode of the game but it is so boring. It’s basically endless training that is, for some reason, ridiculously hard to complete. It’s a slow, pondering, frustrating experience that only detracts from the game. Next time, EA, leave it out. Especially now that you have Champion Mode.

A sporting story
This is by far the single biggest change to Fight Night, and brings an entirely new dimension to the game. Putting you in the shoes of fictional fighter Andre Bishop, Champion Mode is an emotional, exciting and downright excellent addition to the Fight Night experience. You start off as a promising young amateur fighter who wins the World Amateur Games and then quickly moves on to become a real contender in the middleweight category.

Champion Mode is a cleverly-paced story about Andre Bishop’s rise as a middleweight boxer, his fall from grace that sees him stuck in prison fighting skinheads to survive, and then an eventual return to the world of pro boxing as a true heavyweight contender. The characters, story and execution of Champion Mode lends an emotional quality to the game that was sorely missing in previous instalments. The character development is done extremely well, particularly on the main character, and it adds a touch of the personal to every fight.

The story also creates a few well-executed set pieces – in one match, you break your right hand, forcing you to use only left hooks and jabs to keep your opponent at bay and achieve a points-based victory. In another, your eye is cut open by a big punch and you have to survive a few rounds by keeping the hits to your eye below 15. It’s a simple mechanic but it really works wonderfully with the story mode.

So, the bottom line: is Fight Night Champion worth it? Definitely. If you get into it by playing Champion Mode and then start up a few two-player games with a friend, you could easily spend an entire Saturday happily beating your opponent into bloody oblivion. The easy-to-use controls, superb graphics and impactful sound lends to the game a realism that will excite even the most demanding gamer.