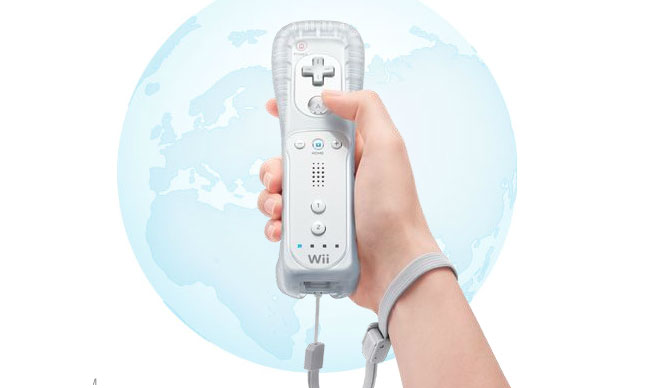 Now that the rumours of a new next generation Nintendo console have made their debut ahead of anything real making their debuts at the E3 event, thanks to Game Informer magazine, please allow me to the first to speculate the hell out of what I think this console will be. Or rather should be. Let the rumour mill start to grind.

This “announcement” shouldn’t really come as a surprise. Historically, Nintendo has always released its home console shortly after the release of a handheld. The original Gameboy was available for retail in 1989, with the Super Nintendo following it in 1990. A similar pattern is evident with the Game Boy Advance and GameCube, both coming out in 2001; and again with the original DS ( in 2004) and the Wii (in 2006). There was no handheld release prior to the launch of the Nintendo 64, unless you count the Game Boy Pocket, which was more a redesign of the original Game Boy. So with the 3DS on sale, the impending news of new Nintendo home console was inevitable. That may well just be coincidence, rather than corporate strategy, but it is a visible pattern.

But it also makes good business sense, for two reasons. Firstly, the Wii has finally started to see a slowdown in its sales and it seems that perhaps it has reached market saturation. Its reign is effectively over and it is time for something new to revitalize the market. Second, there are definite benefits to being the first console of the eighth generation. Nintendo will be able to leverage on the good reputation the Wii has now, while its still thought of as quality tech and they will have a market lead over Sony and Microsoft, neither of whom can afford to put out new console right now. The trick though, is how you make use of those two advantages.

Here’s what I think Nintendo absolutely have to do with this new console.

1 – It has to be more than HD
Simply adding a HDMI port isn’t going to cut it. The Nintendo HD, as Game Informer has dubbed it, is going to have to have some graphical muscle. When Nintendo released the Wii, they made it clear from the beginning that they weren’t going to try and outmuscle the Xbox360/PS3. It was a risky move that paid off handsomely, but only because Nintendo was bringing something completely revolutionary to the table to mitigate it – motion controls. They don’t have that advantage anymore. This new console needs to draw attention to itself quickly and top flight visuals are the easiest way to do that. However, I don’t think it’s strictly speaking necessary for this device to overwhelmingly overpower what the Xbox360/PS3 are doing now. How technically proficient your graphics are is starting to become less important than how aesthetically pleasing it is. And what Nintendo needs to do is give developers tools that are easier to use. It will also mean, that when cross-platform games come out, the Nintendo version isn’t the black sheep step-child standing in the corner.

If the rumours are right, then this point is covered. Nintendo has been showing off the new hardware to developers and “multiple sources [have confirmed] that this new home system is capable of running games at HD resolutions.”

2 – Make nice with the third party publishers and developers
Speaking of developers. A lot of the non-Nintendo product seen on the Wii has been shovelware from two-bit development houses trying to cash in. The good news is that Nintendo seems to realise this as well. At a press conference in 2010, Nintendo president Satoru Iwata recognised the need to establish better relations with its publishing partners. “We need to decrease the concern that only Nintendo software can sell well on Nintendo platforms and third-party software cannot sell in the same volume. We feel a need to have closer ties with our third-party developers from the beginning.” Having a game like Portal 2 or a proper Call of Duty would go a long way to increasing the consoles appeal.

3 – Give gamers one unified controller
I think even Nintendo knows that motion controls are a gimmick. Even its own recent releases (Donkey Kong Country Returns, Kirby’s Epic Yarn for example) have paid only lip service to the functionality. Nintendo needs to either perfect this technology or scrap it. In either case though, controls that come in multiple parts have got to go. Having the Wii-mote and the Nunchuck and the classic control and Wii-motion Plus… it’s just too many pieces to keep track of. Make one unified controller that does everything. Please.

4 – A proper online service
No one likes Friend Codes. There is an established working model for how this works, copy and paste it if you have to.

5 – Price it right.
This may be the toughest one to get right. New technology is rarely cheap, but Nintendo managed to make it happen with the Wii, without having to sell it at a loss. Ideally we’ll see a similar launch price as the Wii ($249.99), but if it has to go to PS3 level ($499) make damn sure the technology is revolutionary enough to justify it.

6 – 3DS Integration
One more feature I’d like to see is full integration between this console and the 3DS. Nintendo has been messing about with that kind of compatibility for a while. Few people got to enjoy Final Fantasy Crystal Chronicles on the GameCube as it was meant to be played. In fact, nothing would make me happier than to think that perhaps the 3DS is the Nintendo HD’s controller. Perhaps that explains why the 3DS included a recharging cradle instead of the typical plug socket you normally get.

For now, though, it’s all wishful thinking. When E3 rolls around later this month, we’ll know for sure if the rumours are true or not. But until then, expect speculations like this to take hold of the Internet.