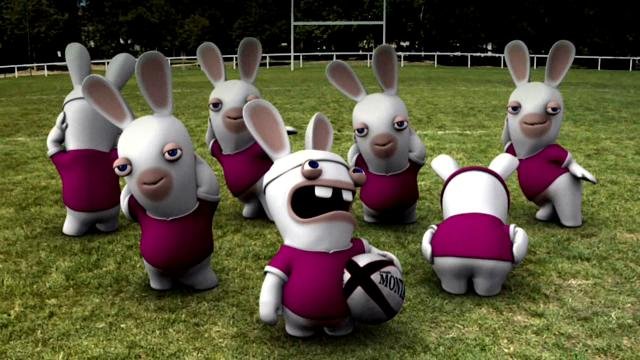 “This is certainly a first during my presidency at Nintendo,” Nintendo’s global chief Satoru Iwata said as he introduced “a most important partner,” Ubisoft.

Ubisoft was the first third-party game publisher to have games ready for the original Wii when the consoles that transformed play with motion-sensing wand controls were released in 2006.

The company is now pouncing on the chance to make game software for Wii U that adds a controller combining a tablet computer-style touchscreen with toggles and buttons used for blockbuster shooter or action titles.

“This controller is so revolutionary we think it will bring a lot of new gamers into the industry,” Guillemot said.

“Our teams are excited to take advantage of this new console.”

Ubisoft intends to have five titles ready for play on Wii U consoles when the hardware launches.

Nintendo did not reveal how much it planned to charge for the Wii U when the new consoles are released to do battle with Microsoft’s Xbox 360 and Sony’s PlayStation 3 (PS3).

A version of Ubisoft’s blockbuster franchise “Assassin’s Creed” will be tailored for Wii U, along with an installment in the beloved and zany “Raving Rabbids” series as well as shooter game “Tom Clancy’s Ghost Recon” online.

“Nintendo has proved they can really redefine entertainment and we want to be a part of that,” said Hugues Ricour, senior producer of the Ubisoft team in Singapore handling “Ghost Recon.”

The tablet controller was used for features such as providing aerial views from drones or missiles and to let players coordinate intelligence or allies.

“All the technology that elite ghost soldiers have you finally put in the players’ hands,” said “Ghost Recon” technical director Claude Langlais.

Ubisoft is also crafting a sports game for the Wii U and provided a glimpse at an alien-fighting game “Killer Freaks from Outer Space” using the console’s capabilities for a “whole new take on first-person shooters.”

“Killer Freaks” is being designed exclusively for Wii U consoles, according to managing director of Ubisoft’s France studios Xavier Poix.

“What we learned collaborating with Nintendo was to showcase the controls,” Poix said.

“When we realized the potential of what Nintendo was offering by creating a tactile controller, we were off and running immediately.”

In “Killer Freaks” a heavily-armed survivalist battles shark-toothed aliens that could be mistaken for mutated, serpent-eyed versions of Ubisoft’s “Raving Rabbids.”

“When Nintendo launches a new console, it’s always a big milestone for the industry and a great opportunity for creativity,” said Guillemot.

“Killer Freaks will make the most of all the fantastic capabilities of the Wii U and provide hardcore players with a gaming experience like no other they have seen or played before.”

Nintendo on Tuesday provided the first glimpse of a Wii U console designed to dispel notions its system is not up to the standards of “hardcore” videogame players.

Major videogame studios including Electronic Arts, THQ and Square Enix are already on board crafting titles were also on board crafting games for the Wii U, according to Nintendo North America president Reggie Fils-Aime.

A key feature to the Wii U controller is a 6.2-inch (16-centimeter) screen that displays maps or other information to complement game play, acts as a touchscreen game board and serves as a second monitor.

A forward-facing camera allows for online video chat with friends while playing with or against them online using a television connected to a Wii U.

Nintendo is credited with opening the world of videogames to moms, seniors, and other “casual” players with the introduction of the first Wii console.

Microsoft and Sony last year challenged Nintendo by adding motion or gesture-based controls to Xbox 360 and PS3 consoles, which boast more power than the Wii for richer imagery and more complex action.

Nintendo will be firing back in the console wars with Wii U, which will power high-definition graphics along with creative new play styles allowed by the tablet-shaped controllers.