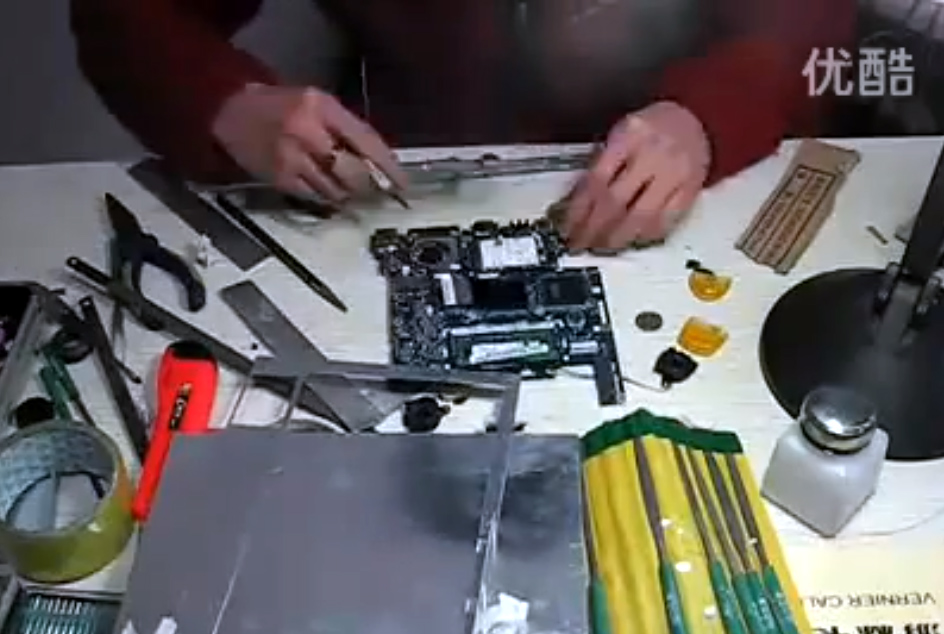 An enterprising Chinese man has come up with a solution for gadget-crazy people who desperately want Apple’s popular iPad tablet computer but cannot afford it – DIY. In a 20-minute video posted on Chinese video site Youku (original here, YouTube copy here), Liu Xinying demonstrates how to assemble an iPad lookalike using computer parts, a touch screen and a case with a keypad, to the sound of Linkin Park.

While you can fault his taste in video soundtrack, you can’t fault his Do-It-Yourself skills. At the end of the video dubbed “DIY IPAD 3”, the IT whizz shows off the finished version — an apparently functional tablet computer that looks like a thick iPad but runs MS Windows XP.

News of Liu’s apparent feat spread on several foreign and Chinese technology websites, as well as on the nation’s Twitter-like Weibo service. When contacted by AFP, the 21-year-old from the eastern province of Shandong said that since he posted the video online a month ago, he has knocked back requests from a dozen pepole wanting him to make them a DIY iPad.

By comparison, the cheapest 16-gigabyte version of the iPad 2 sells for 3,688 yuan in China, while the most expensive 64-gigabyte model costs 5,288 yuan.

iPads and iPhones are hugely popular in China – the world’s largest Internet market with 457 million online users – and the launch of new models has been known to trigger fights and criminal activity.