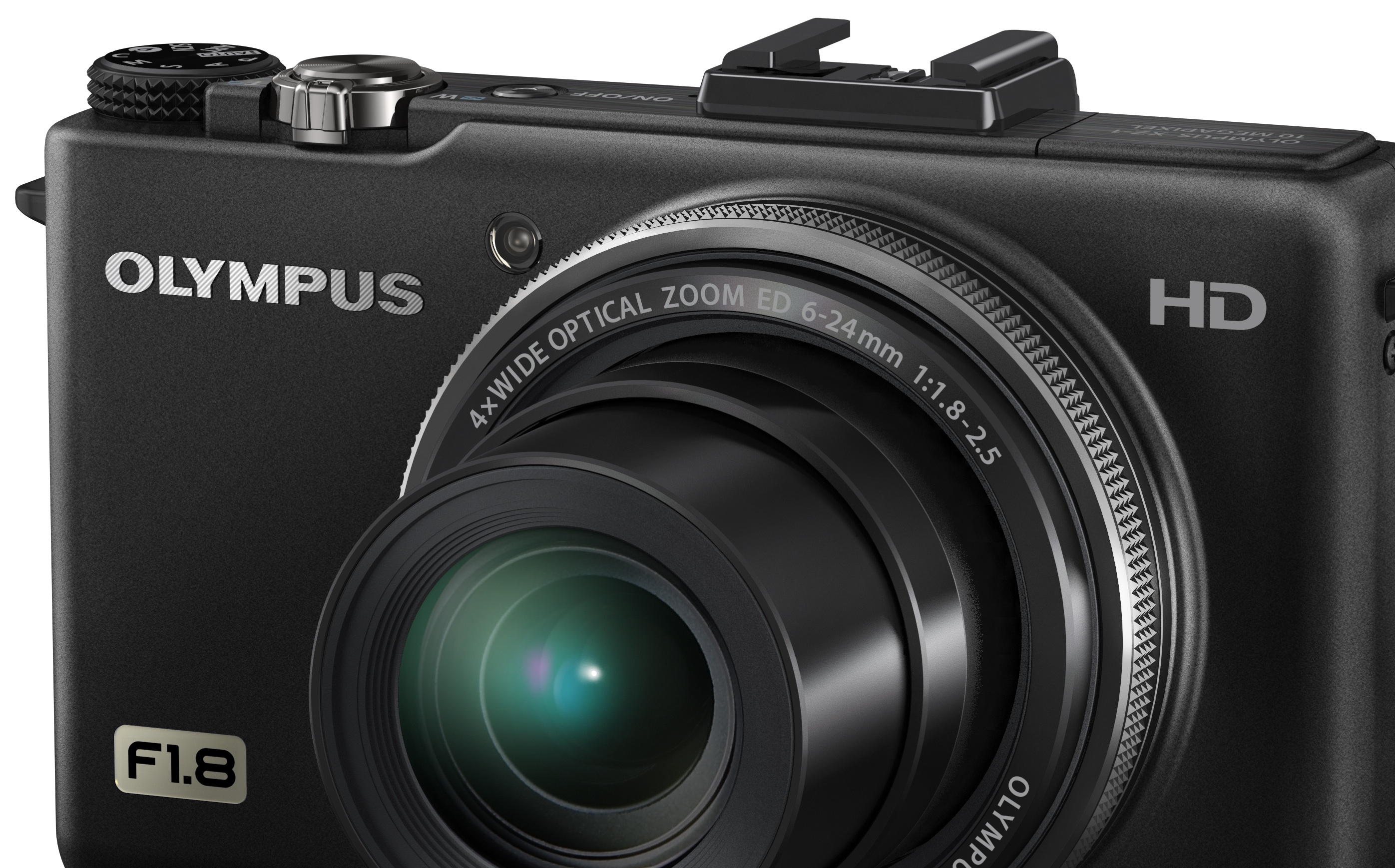 Review: It’s been a long time since Olympus gave us a ‘proper’ compact – that hard to define small, compact point & shoot that’s designed for the serious picture taker that wants something that’s small enough to always be on them. The re-introduced PEN interchangeable lens quasi-viewfinder cameras showed Olympus’ revival of interest in this market, and the ten megapixel XZ-1 takes us the rest of the way.

The US$500 XZ-1 looks serious. Little adornment, and a clever selection of materials and textures means it looks like a sturdy metal bombproof camera of yore (i.e. about 1980), although most of the body is a rugged plastic. So it’s tough, but not too heavy.

What really sets it apart from the common and garden variety point & shoot crowd is the enormous lens. Not long, wide.

Light guzzling action
It’s an F1.8 lens, which if you’re into photography at all will make you take a good hard look. This refers to the aperture, and the bigger it is, the more light it can gobble from a scene – and you don’t get an awful lot bigger than F1.8 (small numbers are big) in anything less than an exotic pro-type camera. It’s also got really good glass – good enough for Olympus to stick the Zuiko name on, the name that’s graced it’s top end lenses since the days of yore (yore here being 1936). Meaning roughly ‘auspicious light’ in Japanese, the use of Zuiko here means the marque is taking this camera seriously. Along with the solid, practical body and top-notch lens, it also has a beautifully machined alloy bezel around the lens to allow fast, handy changing of shooting parameter, giving the XZ-1 better ‘handling’, that again amorphous term describing how easy it is to get the camera to instantly and intuitively do exactly what you want to get that shot.

So we should be drooling all over it. But we’re not. Because we’re also really frustrated.

Olympus has come so close to a smasheroo of a compact for the keen amateur or pro wanting an always-on-them pocket-able camera to get that Pulitzer Prize winning reportage shot (or the $50,000 topless snap of Lady Gaga). Except just at the line they dropped the ball.

The XZ-1 is missing two critical elements that all serious cameras have – a dual command dial and an exposure lock.

Instant, intuitive control
To rapidly set up a shot you want control over aperture and shutter speed – or one of these and something like exposure compensation. This is why SLRs almost always have a command dial on the top by the shutter button, and one on the back. With your index finger you adjust one, with your thumb the other while you simultaneously get your scene composed. The XZ-1 has the first of these waxed with that great control ring around the lens, but not the other. Oh sure, you can use the menu selector button/ring to change things, but this control is small, easy to accidentally push to select, and doesn’t dedicate to the commonly needed paramater adjustment. It’s also quite low down on the back of the body, so not too easy to reach while shooting.

There are a number of these kind of handling flubs from the designers – in “P” mode the command dial normally shifts the programme, i.e. drops/raises shutter speed and raises/drops aperture at a constant exposure. On the XZ-1 the command dial changes ISO.

In aperture or shutter priority, the command dial does what’s expected, but the rear ring does nothing (such as, oh, exposure compensation?).

Just as frustrating is the omission of an exposure lock button.

Exposure, focus, compose, shoot
The fastest and most efficient way to get a shot right is the old “aim at the desired exposure point and AE lock, aim at the subject and focus lock, recompose and fire”. With the XZ-1 you just have to hope the camera guesses the exposure right.

The rest of the camera is pretty much flawless. Image quality is excellent, it’s got many excellent features and some (but not a ridiculous amount) of the bells and whistles like pet recognition, and some very good touches.

10MP sensor, and the fast lens is fast all the way – 1.8 wide, 2 at mid-length and 2.2 at telephoto. Many pretenders almost immediately stop down to 3.6 or less as soon as you extend the tele. Not the XZ-1.

The flash is pop-up, released by a catch, so you firstly don’t get chronic red-eye as with most compacts, and with the XZ-1 you know for sure that it’s not going to suddenly fire in that 800 year old Italian monastery cloister’s and bring the wrath of the security guardia down on you. The flash will also fire compatible off-camera flashes wirelessly if you’re feeling creative.

It also shoots HD video, as is de rigueur in any camera nowadays.

Most of the issues raised above could be fixed through a firmware update – perhaps creating a custom mode allowing some remapping of controls. As it is, Olympus have created an excellent camera that is clearly a picture taking machine, not a marketing-led collection of ticks and baubles. Now if they can just take that one, tiny last step.

Who it’s for:
Someone that wants a tough picture taking machine that will perform well in most lighting conditions

What we like:
Pretty much everything – great build, great lens, big ol’ CCD

What we don’t like:
A serious camera that almost, but doesn’t quite have serious handling features