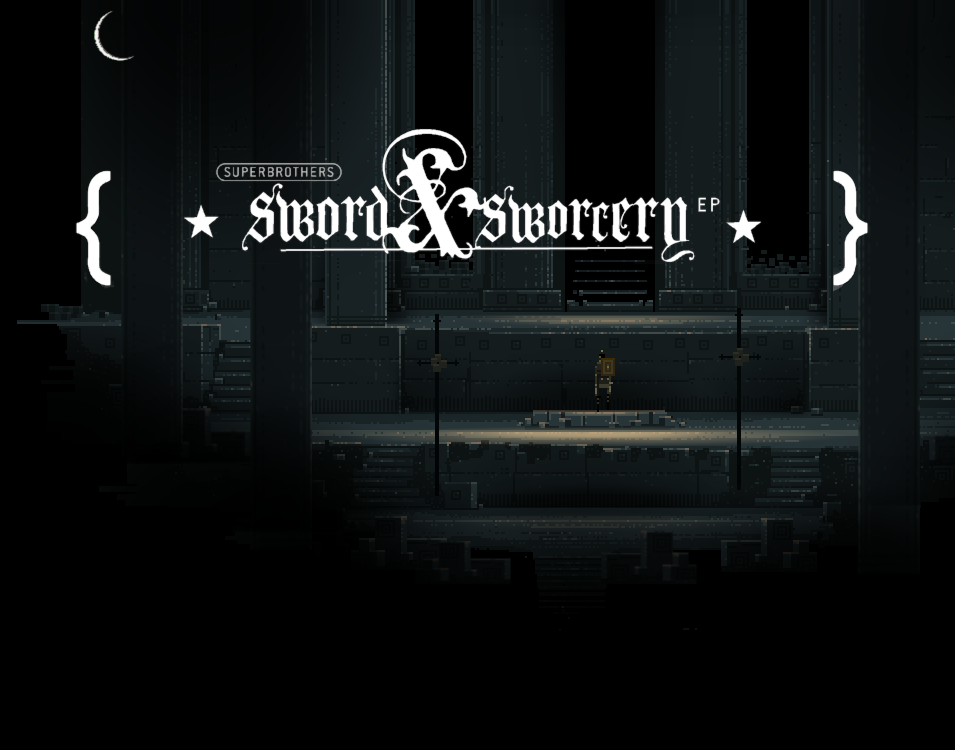 A gaming sensation from a hip little Canadian outfit that is as strange and eerie as it is wonderfully engrossing: old skool graphics and amazing soundtrack, looks like your old Atari, runs on an iPad.

Now, before we even begin with this review, I’d like to point out that I am in no way a serious gamer at all. I don’t own any consoles and the last game I finished was Half-Life…the first one (what a game). Reason being that I simply don’t have enough time to commit to something like that, and I can’t be arsed to invest thousands of rands into a worthy PC, only to realize that its basically a piece of shit compared to what I really need three months later.

So when gaming started getting big on the iPhone, I got excited – here was my chance to finally fulfill that childhood dream of owning my own portable gaming device that I could take with me wherever I went. I went crazy with my first set of iTunes vouchers, buying all the new favourites from Angry Birds to Words With Friends, Doodlejump to Cut The Rope, and who could go without the all time classic, Tetris?

Getting real with fantasy These were fun for a while, but I got over them and couldn’t bear to see their little icons anymore. So I started aiming a little higher and bought pricier games like FIFA 2011 (which is awesome for those boring flights up to Johannesburg, on flight mode of course) and Infinity Blade (let’s not go there now), but nothing brought me the joy and level of immersion that I felt while creeping around the corridors of the Black Mesa Research Facility with a crowbar, awaiting the next headcrab assault.

So when a good friend of mine, and revered Half-Life enthusiast, mentioned that he was loving Sword & Sworcery (no, that’s not a spelling mistake), I decided to give it a bash.

Sword & Sworcery is described as an exploratory action adventure with an emphasis on audiovisual style, and it is exactly that. A brilliantly designed and attention grabbing work of art that is actually split into a few parts so that you can relax and take in what you’ve just experienced…no jokes, it actually tells you that you’ve finished a stage and should take a break.

New stuff that looks like old stuff on new stuff
So let’s talk about the audio and visual aspect of the game. What’s the fuss here?

To be honest, if you’re not familiar with the 8-bit games that we 20 or 30-somethings played in our youth, you’re not going to appreciate the visual aspect at all. What they’ve done is design the characters and landscapes with the blocky, highly pixelated graphics of yore, but run the game on an engine that is a lot more advanced than it looks to give it a retro reboot. You really just have to see it to understand what I’m talking about here, beautiful is the only word to describe it.

The audio is equally amazing. Featuring an album’s worth of original music by noted Canadian composer Jim Guthrie (that you can actually buy in iTunes), the themes fit the beautiful design perfectly and work to create an almost intoxicating gameplay experience. I highly recommend that you play the game while wearing the best quality earphones you can find, as the music is brilliant and coincides perfectly with events in the game.

From a technical and story line point of view, Sword & Sworcery incorporates some novel features that add to the complete originality of this game. For instance, you can tweet occurrences from inside the game, the game has its own cycle of moon phases and it incorporates the iPad’s built-in accelerometer in quite an interesting way. Coupled with an original story and witty, tongue-in-cheek dialogue between all the characters, Sword & Sworcery is a compelling piece of work.

Immerse or go elsewhere
It’s not a game for everyone: if you’re looking for bite-size entertainment between meetings or while waiting in a queue at Multichoice to get your faulty DSTV Drifta replaced, stick to the 99c classics like Angry Birds and Tiny Wings.

But with a very cold weekend coming up, I highly recommend you buy this game, set some time aside, pop in those earphones and enter the world of Superbrothers. It will amaze you. It will delight you. It will bring back that level of complete escapism you felt as a kid. Could it take Half-Life in a game to game battle? Let’s see after the weekend.