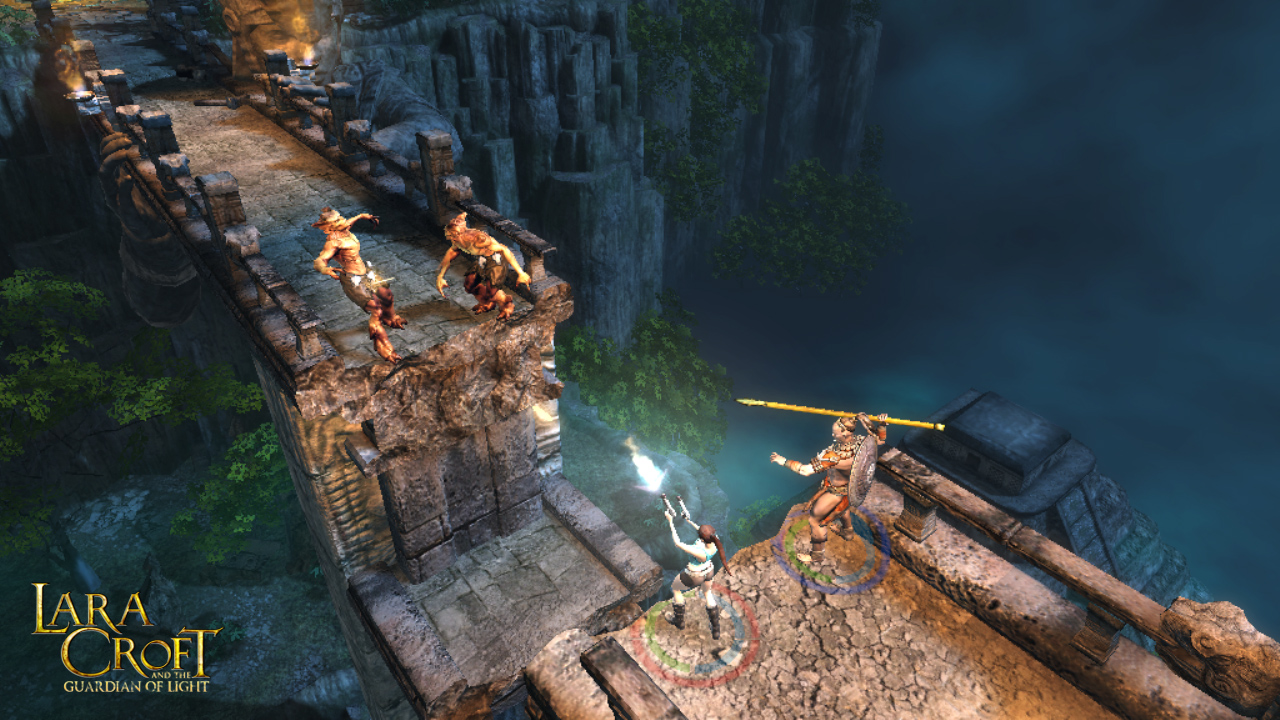 Even though I’ve been connected to Xbox Live and the PSN network for a while now, there is one aspect of those services which I’ve never got around to taking advantage of: downloadable games.

Both the Xbox 360 and the PSN have a marketplace that offers a number of games which are only available through them. Downloadable games tend to be smaller in terms of spectacle and “ooh-aaah” visuals, but many of them pack it in where it’s most needed: gameplay. The best part is that many of these games are way cheaper than full retail games, sometimes as much as US$70 cheaper, so it really is something to consider when looking for your next gaming fix.

It’s not that I’ve been unaware of these games, but the Internet situation in countries not blessed with dirt-cheap bandwidth meant that many of them weren’t necessarily the bargain they seemed to be when you factored in bandwidth costs. With uncapped internet readily available now, getting some of these gems shouldn’t be a problem anymore. With such a massive library available, I thought it would be helpful to list a few highly regarded games as a starting point for those thinking of taking the plunge into downloadable games.

This is by no means a definitive list of the best games, but just a rundown of a few games I’ve had experience with and thought were rather good.

Here they are in no particular order.


Lara Croft and the Guardian of Light A spin-off of the Tomb Raider franchise, Guardian of Light is a big departure from the original Tomb Raider games. Played from an isometric perspective, think Diablo or Torchlight, this game has a very old school/arcade feel to it. It really is a great looking game, which could easily have been a full retail title, that plays really well and, oddly, emphasises co-op play.

The inclusion of co-op is a big highlight and the game incorporates it well. Many puzzles and encounters require a partner to complete them. Fortunately, the game is smart enough to adjust it’s gameplay for when you play solo.

It’s a great introductory game for noob gamers as it has a slow learning curve to ease you in and because the co-op is very collaborative, you can’t “out game” your partner, so to speak. Shadow Complex is an updated take on games like Metroid and Castlevania. Built using the Unreal Engine 3, this game is one of better looking games available for download and, fortunately, it matches its good looks with gripping gameplay.

You play as Jason, who has to rescue his girlfriend, Claire, after the two of them stumble in to a hidden complex while hiking in the woods. Luckily, Jason is a military oke of note and knows what the business end of a machine gun looks like. The game is in the Metroidvania style, so you play from a 2D perspective and a lot of the game involves exploring the massive complex and then amassing new resources and abilities that will help you take down the generic bad guys. I’m not even sure how to describe this game, but great, awesome, fantastic, sublime, zen, kaleidoscopic and highly competitive come to mind. The purpose of the game is to pilot your claw-shaped ship and survive as long as possible against an unending swarm of enemies, thereby posting the highest score possible. Games don’t get more retro than that.

The real fun with Geo Wars is the sense of competition it creates between you and your buddies as you vie for the highest score between you.

There are few feelings as sublime as taking the number one spot on the leader boards and equally, few feelings as crushing as losing that top spot. The game is a real throwback to the arcade days of yore.

There is a sequel, Geometry Wars 2: Retro Evolved 2, which I haven’t played, but word on the net is it’s just as good. For the action RPG nuts comes Bastion. Bastion reminds me a lot of games like Zelda and Landstalker. As in those games, you play a silent protagonist named the Kid. Your purpose is to rebuild the world after some undefined calamity has destroyed it.

To do this, you need to earn money that is used to rebuild the world, and to get money you beat on bad guys. It’s pretty simple, but captivatingly engaging. Bastion has a very cool visual aesthetic and is one of the best looking games available on any format. What is a real surprise is that it that the game is narrated “live” as you play. Every action you take is commented on, as it happens.

Fire a gun and you’ll here the narrator say: “The kid’s fired his gun”. This could easily have been a very annoying feature, but the deep, laid back tone of the narrator just adds to its charm. You don’t see too many ‘God Games’ coming out nowadays, but they were all the rage in the 90s. The most popular example is probably the Black and White games from Peter Molyneux.

From Dust casts you as a minor Earth deity, responsible for a small prehistoric tribe living on a chain of islands. What makes From Dust awesome is that your power is actually very limited as you have no control over the people or nature itself.

All you can do is manipulate earth and water, and then use those skills to try and safeguard your tribe by changing the course of rivers and moving mountains. What’s cool is nature itself is pretty dynamic and all your actions can be rendered moot. The mountain you made, for instance, is turned into a volcano or it could protect the tribe from a tsunami. Oftentimes it’s difficult to predict the long terms effect of you actions.


The Rest
These are the games that I like, and most of them have a very nostalgia-inducing, 8-bit style. There are many games, however, which do more than try and play on nostalgia and the great thing about the downloadable games on Xbox Live and PSN is that there really is something for everyone. Also, many of the games have demos available, so it’s easy to try before you buy and not have to deal with buyer’s remorse.