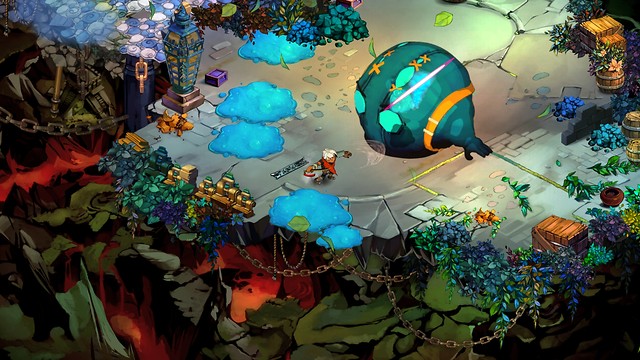 Every game used to be an independent game, a title free from the clutches of management which could branch out and explore untapped genres.

Creative freedom is now all but reigned in, with giants like EA, Microsoft and Ubisoft raking in as much cash as film studios. This is what makes the current crop of independent games so important, as they present us with a pure snapshot of gaming, injecting their inimitable spirit into our veins. The list below is made up of the best picks of 2011, made up from released and unreleased games:

There’s always ‘that’ game. A game which you eagerly monitor over the months and years as it remains stuck in development Limbo. For me, that game is Fez. This is a charming little 2D/3D platform title which sucks you into a loony experience of rotating worlds, 16-Bit graphics and offbeat puzzles. The titular Fez is a magic hat which lets you shift your perspective of the world and flip the 2D plane to reveal unseen secrets. The power of the Xbox 360 lets the developers of the game play around with the concept of a ‘simple’ 2D-platform title. Fingers are crossed that it eventually sees the light of day, as Fez has remained in development hell for close to two years. From the creators of Braidcomes The Witness. As with Braid, the game is a vehicle for social commentary as it takes its maze mechanics and expands it into “lines of communication that aggregate, become more complex and eventually say surprising things,” as creator Jonathan Blow puts it. From the videos we have seen, you are on an island and from a first-person perspective can explore the surroundings, solving its puzzles while relaxing in a pristine environment. The Witness may be odd, it may be a non-gaming experience but what it won’t be is unimaginative. Role-playing games come and go, barely leaving a dent in the gaming environment. Bastion was different though — while the plot may be a cookie-cutter concept, the stained-glass graphics, dynamic narrator and rocking soundtrack are anything but. Bastion is insanely playable, it is one of those games which demands to be replayed as soon as you have completed it, with the story even referencing the fact that this is your second go at it. Metroid and Castlevania began the trend of backtracking within the environment and rewarding players for exploration. Insanely Twisted Shadow Planet follows suit by dumping you in a UFO and tasking you to explore a beautifully realised world; you upgrade your ship, use the old gray matter to defeat bosses and solve devious environmental puzzles. ITSP has a graphical style which takes some adjustment and being able to determine the active environments from the inactive ones is a slight negative aspects of this title; yet overall it is a fantastic game which demands to be played. One mountain, one purpose and a silent trek through the desert is the crux of Journey. Guidance in the form of glowing arrows, status updates and colourful lines in the sand is the gaming standard; Journey bucks the trend by dumping you into a desert with no help or tutorial section — all you have is the view of a mountain in the distance. Your trip to the mountain is met by online strangers. The producers of Journey have stripped the game of any form of communication as interactions are limited to a wordless shout. Journey comes from the makers of Flower so expect a title which taps into the dream-like conscious of gaming. Monaco is a four-player, online-enabled, 8-bit mashup of Pacman and Hitman. This mouthy summation hardly seems to do justice to the elegant gameplay of this unique game. Monaco has four different personalities which must each be used in conjunction to complete the levels (or heists). Use the Locksmith, Hacker, Prowler and Cleaner to gain access to untold in-game wealth. Monaco appeals to a very specific gamer, but will be one to watch when it is eventually released.