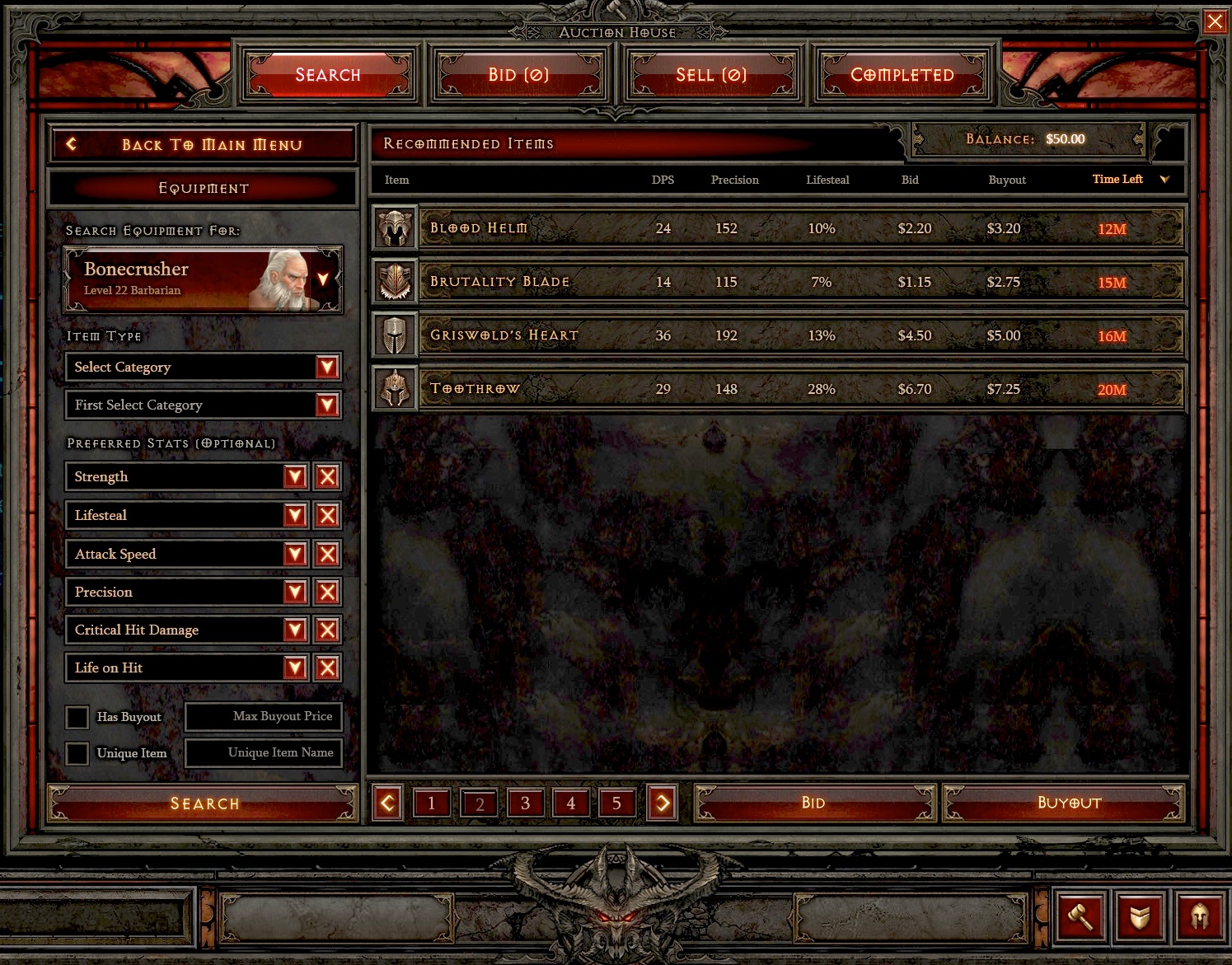 The developer of popular fantasy swords, sorcery and demon-hacking game Diablo III will be running an official online auction house allowing players to trade items they find or win while gaming, even paying in via real currency. Further, players can convert the virtual money they earn in the game into hard cash. Activision Blizzard announced this at a press event at its headquarters in California on Monday, kicking off what is likely to become the big gaming trend of 2011. The Blizzard Auction House will take a flat fee (not percentage) on items sold, with a small number of free listings per player per month. There will be two auction houses, one for use with real currency, and one for trading with in-game gold. Blizzard told press it would not be extending this function to World of Warcraft as it would destroy the ‘prestige system’ of WoW’s in-game items.

The in-game auction house will be provided through Battle.net, the currency conversion will be done through an as-yet unnamed third party payments provider.

Until now, players using real currency to buy and sell items for use in-game have done so privately or through a shadowy network of unofficial trading sites. The topic of being able to use real-world currency to buy goods in-game is hotly debated by players and publishers, but according to a World Bank report, the practice of gold-farming (sitting and repeating easy sections that generate the most loot to then resell in a production line way) could already be generating US$3-billion in annual turnover.

The player putting the item up for sale will set their own price, which other players will bid for. Initially, the Auction Houses will be divided into regions and players will be limited to transacting only within their region, free to change currency within that region (e.g. pounds to euros), but required to pay a penalty to move to trade in another region.

The system is Blizzard’s way of formalising and managing the black markets that grew around the original Diablo/Diablo II and World of Warcraft, its mega-popular MMO title, which has regularly seen innocent players getting scammed out of money or in-game items. While also serving as an additional revenue stream for the developer, as the Auction House will charge a fixed listing fee for items, company representatives told Eurogamer they did not expect it to become a major source of profit: “We expect it’ll break even,” lead designer Jay Wilson told PCGamer.

Blizzard says the listing fee will also prevent the Auction House from being  spammed with junk.

Any profits made in the Diablo III Auction House will be filtered to a Blizzard account, where it can be used to purchase other Blizzard products, or moved to an an external account. There will, however. be an additional percentage fee for moving money outside of Blizzard’s system. Players can also spend the money they earn through the auction site on merchandise from the official store.

Blizzard has confirmed that it will not be posting any items within the Auction House and any items available for auction will have been earned by players only. The system is intended to be player-run, with Blizzard’s involvement meant to ensure fair trade and as a guard against fraud. To ensure security, Diablo III will require a constant online connection regardless of whether players are playing solo or co-op.