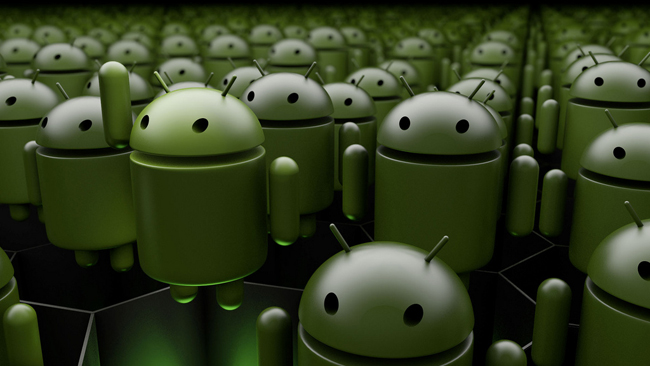 Android allows users full control and customisation of its devices through a process known as “rooting”. There are, however, some risks involved. The big question, therefore, is whether it is worth rooting your device, possibly voiding your warranty, just for a few more options? Simply put, yes. Here’s why.

When I received my HTC Desire earlier this year, a lot of time and effort had gone into researching which phone I would upgrade to. I choose the Desire, not because I thought it was the best device (spec wise it definitely wasn’t), but rather, because seemed like the natural successor to Google’s Nexus One, for the possibilities it provided. And those possibilities lay in its customisability.

Before I continue, let me just say, this article is pretty geeky — you have been warned.

“What is rooting?” I hear you asking your screens, so let me tell you. Rooting your Android device is granting you, the user, the Linux status of “root”, or “Administrator” if you are more accustomed to Windows terminology. It grants you access to normally inaccessible files and folders, and customising those to your needs holds an incredible amount of reward.

When I got my Desire, I have to admit that I was completely bowled over. It worked perfectly and I couldn’t really put it down, except to charge — a lot. I was always tinkering with cosmetic things, trying to figure out how it all pieces together and after a few weeks I ran into a problem that I had anticipated, internal memory. I guess it was the trigger, I had to do something, or my favourite new toy would become extremely annoying.

My Desire came preloaded with Android 2.2 Froyo, but all I had been reading about was Android 2.3, Gingerbread. HTC had previously said that it would bring Gingerbread via OTAs to the Desire, but speaking to other Android owners and hearing how long these updates take to roll out; I decided to update it myself.

The Desire comes with a measly 576mb internal memory and to be honest, it’s appalling, and had to be fixed. I did all my reading up about granting myself root access to my Desire and with the help of Unrevoked and the Unlockr; it took me a few minutes to unlock an incredible amount of choices.

The procedure of granting yourself root permissions, in the case of the Desire, is pretty easy, thanks to the CyanogenMod Wiki. Now, CyanogenMod is a name that you will undoubtedly have stumbled upon while reading up about rooting and that’s because it is the biggest, most popular operating system (referred to as a custom ROM) available for Android, but more about that later.

Once I had followed all the procedures to the letter, and wiped the sweat from my brow, the wheels were in motion. It is important to know that you will feel nervous while you’re watching your phone do things that are out of your control, there is a risk of “bricking” your device, albeit a small one, but follow the instructions properly and you should be okay. (Bricking is the act of turning your phone into a very, very expensive paperweight, but from what I’ve read, it takes something very special to actually happen.)

Once I had gained complete root permissions I rebooted my phone and it worked. It felt exactly the same, but HTC’s Sense had to go. While researching I came across this post which recommends 5 Android Open Source Project (AOSP) ROMs. AOSP ROMs are based on the actual source released by Google, and in many instances improve greatly on it. Best of all was that the latest custom ROMs are based on the latest Google source code, allowing my Desire to always run the latest, hardware supported, version for Android, effortlessly. (This is a true blessing because the Desire’s saga involving Gingerbread was a slight joke.)

I tried CyanogenMod for a while, and I have to admit, it was overwhelming. Everything you can think to do on your phone, you can, even if you didn’t know that it could do it. The first thing I noticed was my battery life and it doubled, literally, doubled. A single full charge (with Sense) lasted a mere 14 hours, with about 2 hours screen on time. With CyanogenMod 7, it lasted for two days, with nearer 4 hours of screen time.

I could also install all of the apps I wanted, and then some. My phone had empty space, running fast as lightning and better battery life. The only thing that came to mind was, “phones should be released with software that gives you the choice to do this.”

That’s when I found Oxygen. And even though I’ve dabbled in a few other minimalist ROMs — including DevNull and Redux. Oxygen is the one that I always come back to. These ROMs offer you a “vanilla Gingerbread” experience, but with enhancements. Underclocking your CPU (mine is only running at 75%), very handy notification dropdown toggles, and many system tweaks and improvements make this a great way to stay up to date with the latest versions of Android, with the very talented developers’ personal touches.

Android is all about the free distribution of information and by rooting your phone, you’re not only supporting this notion, but you’ll be giving your handset a new lease on life, guaranteed. That said, rooting isn’t for everyone and I don’t expect it to become the “next big thing”, but for technology fans, it is certainly worth investigating properly. Most rooting procedures can be reversed with a single click, so you can restore it to stock whenever you want to.

Were it not for root permissions on my Desire, I would most likely still be running Froyo, and I may even have regretted deciding on Android. GASP! But that is the magic of it, you have so many options that you don’t even know about yet and if I can help show you only one, my work here is done.