Batman: Arkham City is everything you want in a superhero title and more. While its predecessor Arkham Asylum was an incredible game — possibly the best of 2009 — Arkham City accelerates the possibilities of exploration, creating an unrivalled adventure which lesser titles will have a tough time eclipsing.

Storytelling
As much as the gameplay, graphics and sound sucks you into this insanely detailed world, the story lets it down with its half-baked plot. Outside of the heart-wrenching ending, the very muddled tale of good-versus-evil is simply not as tight as the original Batman game.

Hugo Strange is now the chief Warden of Arkham City, a section of Arkham’s slums which have been cordoned off into a mega-jail. Joker, Two-Face, Bane, Penguin and possibly every other Batman villain in the long history of the comics are presented in this tale. Oddly, Batman himself is little more than a middleman in the villains’ heated wars, resulting in bizarre fetch quests that see you getting cosy with psychos and madmen.

I realise that Rocksteady had to find a way of squeezing in the endless troupe of villains, but it comes across as forced in the context of the story. This is a minor niggle in the endlessly exciting world of Batman: AC and is very easily overlooked thanks to the outstanding quality of practically every other area of the game.

There are hundreds of side missions outside of the main quest which will involve the player more deeply than the headlining tale. One example includes racing across the city to answer phone calls from psychopath Zsasz. Later missions use Batman’s full arsenal of gadgets which can be expanded even further thanks to the augmented reality training.

It’s a looker
As jaw-dropping as Batman: AA looked, Arkham City is doubly as appealing. The wide open spaces are distinctive, with each area of the city belonging to a different super-villain. Batman fights in the heart of winter, with outside areas frozen to the core. Neon lights glow in the distance, painting an oil-canvas of dismay. Later missions display an unbelievable level of creativity in terms of look and architecture. The Unreal Engine 3 is being worked to its fullest here and Batman: AC wrings the very life out of it. For those who have it, 3D is natively supported with AC and looks splendid. 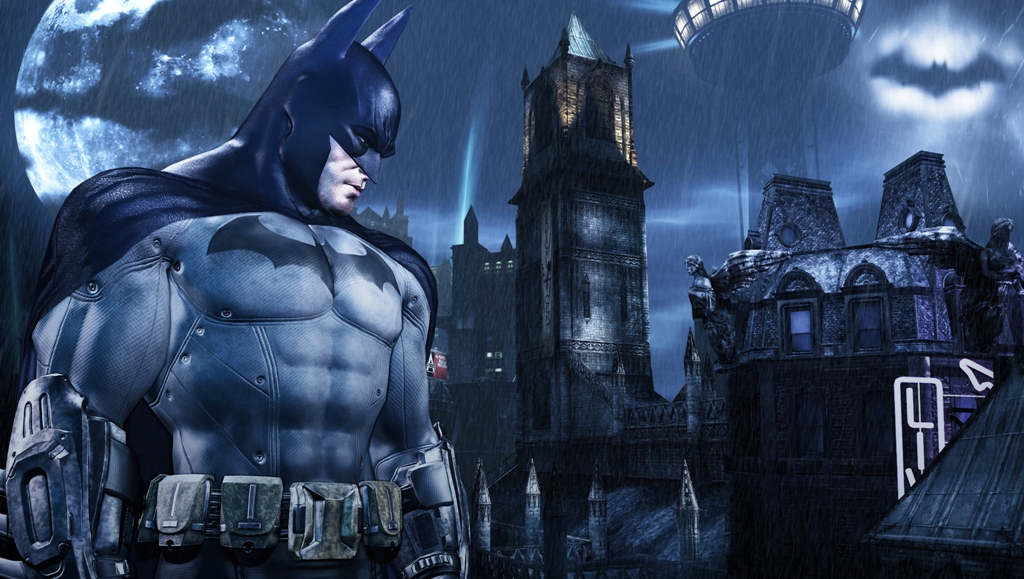 Fight Club
AC makes you feel like a god amongst the flies. Batman is human, but the thugs and super-villains you come across fold under his thunderous kung-fu moves like lambs to the slaughter. Control is fast and fluid thanks to an updated free-flow combo fighting system. Much like in the original, the action often feels “as if it is mimicking Dance-Dance Revolution” as one of my colleagues put it.

The fighting controls have always been ancillary to the actual crux of the beat-down mechanics. How else can Batman defend himself against 50 thugs at once without the game exploding into a million tiny pieces of frustration? The simplified, one-button-to-punch and one-button-to-reverse incoming attacks works brilliantly. Any other method would fold like a thug’s hand in Batman’s arms.

It’s not all brutalising. You are welcome to pick and choose your moments of brutality. Batman can be played as a straight up stealth title, with many sections requiring strict “predator” behaviour.

Batman sticks to the shadows, takes down thugs and vanishes with help from a smoke bomb. Overall, the many moments of stealth are just as enjoyable as the arm-snapping beat-downs. Combined with Detective Mode (Batman’s version of Splinter Cell’s radar) these sections become enjoyable playgrounds for Batman’s ninja-like movements.

Power Up
Fighting earns experience and XP lets you spend your points on one of the many gadgets, attacks or new combos for Batman or Catwoman.

On the Catwoman issue, I found it highly irritating that those who rent or purchase second-hand copies of Batman: AC will have to fork out extra money to unlock her. New owners of AC will receive a code which lets you use Catwoman in the main title and without her, you miss out on a short, yet considerably enjoyable selection of missions. She plays differently, moves swiftly and fits neatly into the Batman story. Overall, the whole unlock-code ordeal stinks of corporate greed.

I digress. Eventually, Batman becomes a flurry of combo’s, with many being unlocked from the optional augmented reality side missions. Certain moves such as dive bombing are unlocked from the very beginning and help you to soar across the new, quasi-open world city. Others, such as disarming thugs of their knives require experience points to unlock. Ultimately, those who make their way to the end of the game will find themselves fully kitted out with electric guns, cool as hell shockwave cape accessories, an upgraded hook-shot and bucket loads more. 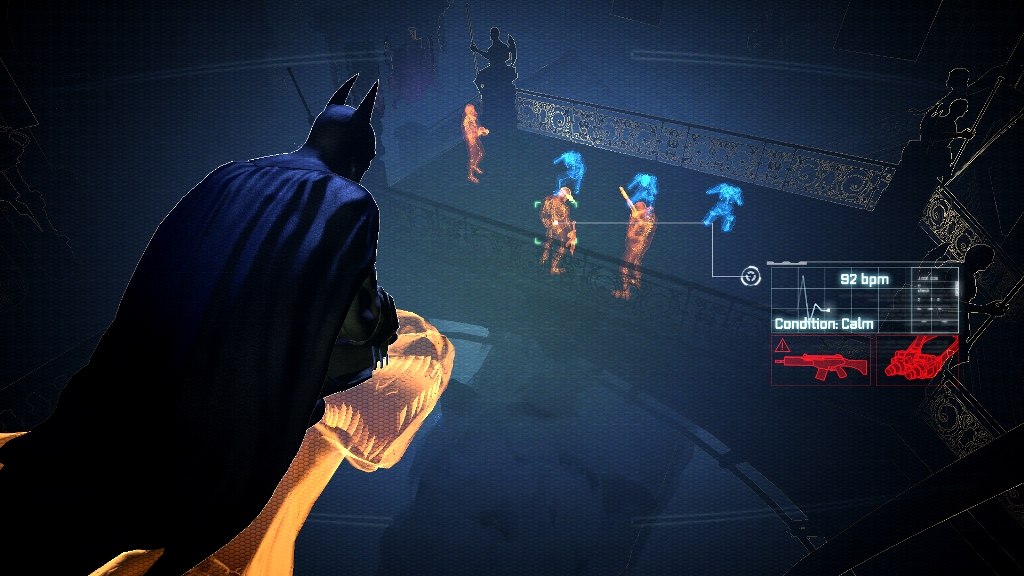 Wrapping up
It’s not a spoiler to say that your 40-plus hours of gameplay will result in an overall experience which can best be described as “memorable”. Batman will tunnel inside your brain, camp out, light a fire and snack on your emotions. If other reviewers gave it an A- they were wrong. Batman: Arkham City is a triple-A title which deserves a spot on your shelf. While you are still unable to punch Robin in the nether regions, it remains as an exceptional experience and my vote for the top single-player title of 2011.

Gear or Burn: If I don’t say gear, he’ll break my fingers. Gear!