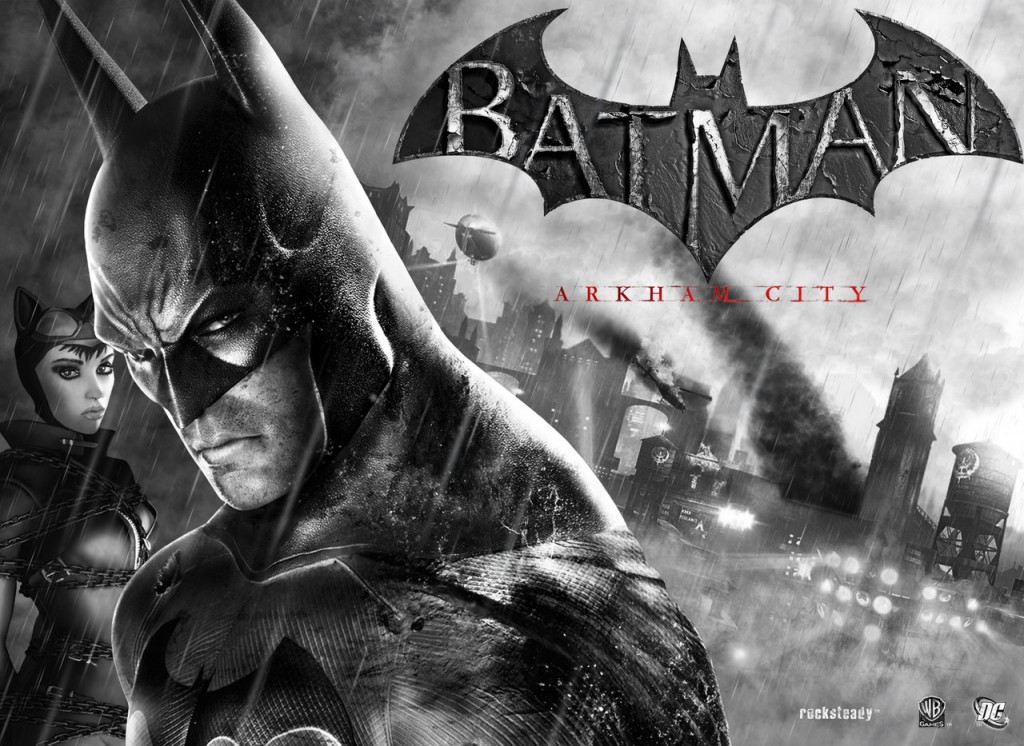 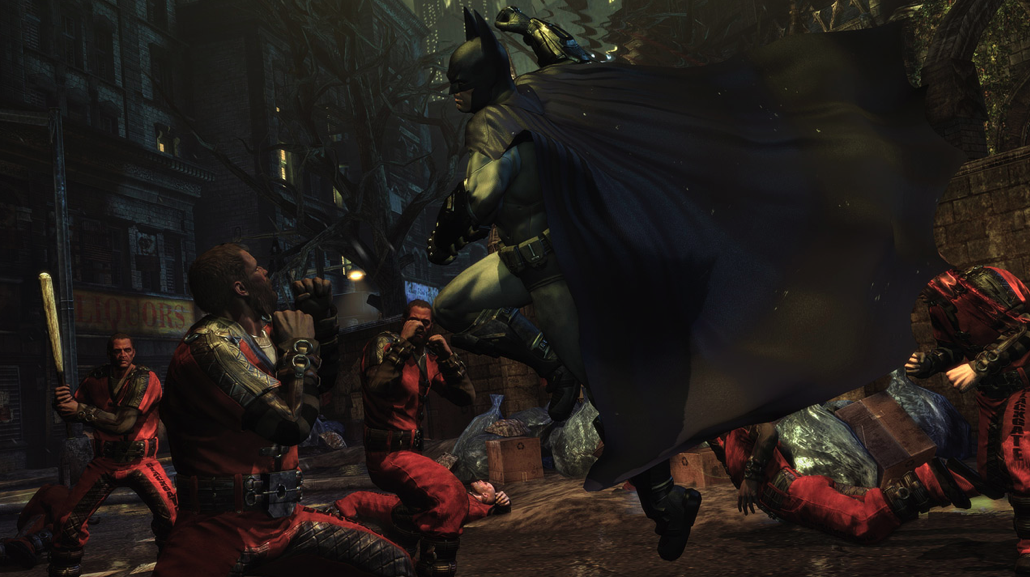 Paul Crocker, lead narrative designer for Batman: Arkham City sat down with Gearburn.com to discuss the deep, dark storyline of the latest smash release in the franchise and the challenges of bringing a driven but tormented superhero into the game environment.

Ryan Gordon: As the story arc is different from the mainstream media version of Batman, do you find you can be more creative with the character?

Paul Crocker: Creativity is a weird thing, because we can be creative — but if we were too creative then it wouldn’t be Batman. We like to take what is the core Batman experience and put him in new places where he still responds as Batman. We wouldn’t do this, but if there was Batman on the moon he would react as Batman would and resonates as Batman should. The authenticity that Mark Hamill and Kevin Conroy’s voices adds to the game is spot on. We are very lucky to have actors of this caliber.

RG: Can you do that while maintaining the authenticity of the character? What is it to you that makes Batman, Batman?

PC: We’ve done it for four years now, and we have formed a really great relationship. In the beginning, we were all about the Batman comic book license. We were able to take the bests bits out of 70 years of Batman. I was a big Batman comic book fan, I used to work in a comic book store.

We tried to create an iconic version of Batman that would be familiar to everyone who has ever read or seen a comic book or animated series and used it as our starting point. As the game became more successful we moved onto Arkham City — it became a brand in its own right. So we have the “Arkhamverse”, a unique Batman universe that is now no longer beholden to what’s in other universes. We are the Arkhamverse, and it is our responsibility to keep the Arkhamverse cool, fresh and Batmanlike.

RG: Are your villains more evil? Does the game allow them to do things they normally wouldn’t or couldn’t do in a comic or movie?

PC: Batman is not evil, Batman is aggressive at making his point. He uses violence to stop people but he is not a bad guy. That’s the whole point with Batman, he won’t kill people. He always does the right thing.

Our evil characters can definitely be more evil, but that’s because of the age rating we have and the fact that our universe is a little darker, so our Penguin is definitely more evil than the traditional Penguin. Our Joker takes all the good stuff like the animated one, but can then stab someone in the face, which you can’t do in a traditional children’s show.  Batman appeals to a lot of people in many different ways and it’s our job to put something in there for everyone. 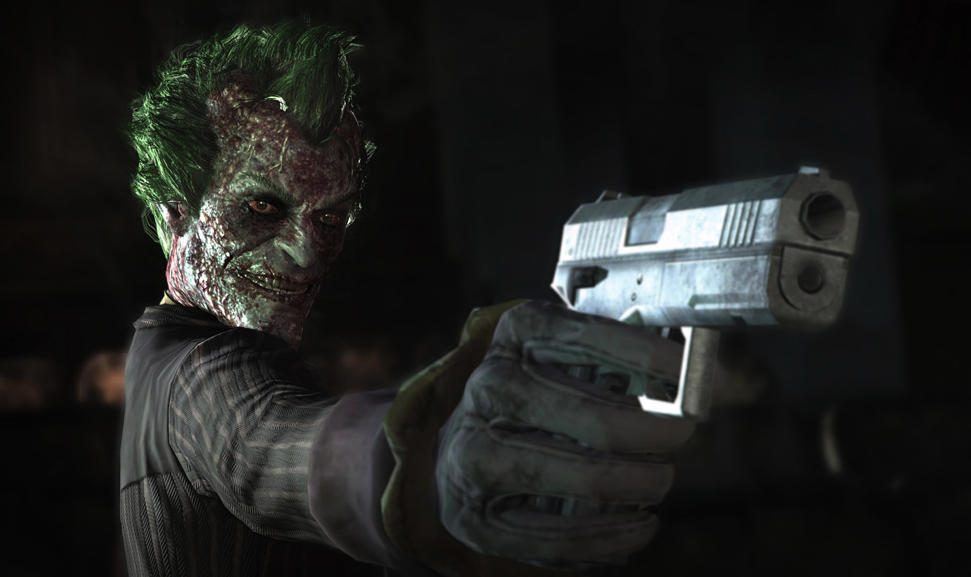 RG: Do you construct your story with game dynamics in mind? We have 3D now, so we have great toys to play with. Are you obligated to use the technology?

PC: Absolutely not, but 3D really works well for us, especially in the city. It just grounds Batman, even though he is often off the ground. It puts him between buildings and 3D really helps accentuate that. But you know, 3D is not for everyone, so you don’t need it to enjoy the game. So we are not pressured into using it and we are obliged to make it connect. We concentrate on what works best for the game and that’s our only focus.

RG: Are gaming techniques invented around your vision/storyboard? Like the detective mode (augmented reality mode)?

PC: We are an internal studio. We have programmers and artists so everyone sits in one big room and we all inspire each other to do better, so if we need some new kind of crazy physics thing we talk to the physics coder to see if he is able to do that. Some things are possible and some things aren’t. We thought when we started we could build a fully-realised city. We started being ambitious and then smashed that up to be even more ambitious and slowly it’s finally come together where we have this living, breathing world that is really awesome in which to glide around as Batman as he explores his domain.

RG: Just how much effort goes into the optional quests or side missions and their side story lines? How long have you been in production? Is the Catwoman arc just as intense or important? Is it difficult to have a synced story line from two perspectives?

PC: Absolutely, I mean everything [goes into it], and by that I mean while naturally more time is spent on the main parts, to be honest everyone works so hard you can’t turn around and say that this small bit took less time than this massive bit. The Batman’s cape is a good example; some guy took a long time getting that to work.

RG: So Mr freeze, is he an evil scientist or just a hopeless romantic?

PC: I like to think of him as a hopeless-romantic-evil-scientist. I mean that’s the thing about him, he is not evil at all. He wouldn’t even have any reason to confront Batman if it wasn’t for the fact that his wife is sick. The great thing about Mr Freeze is that even while Batman is putting his fist through his visor, you’re thinking, “Why am I doing this, the guy’s not that bad, but I have to!” It is Batman’s job to make these difficult decisions. So Mr freeze is not an overtly bad guy, unlike Two-face who is bad, but only half the time, and Penguin, who is definitely a bad guy in this game and who does some evil things. While with the Joker, he is much funnier the way he goes about doing things. All these characters are just brilliant to write for. We spent years building their stories and trying to come up with new stuff.

RG: Could we see any cameos or bridging of comics (justice league)? Or perhaps any new weapons like a batpack or a batwhip?

PC: The honest answer is that we just finished the game last week. Half the team are now on holiday, the other half are just asleep at their desks. Just like Arkham Asylum, we put lots of clues about where things could go in this game. Some more blatant then others; you might not realise they’re there.

Every time we have an idea about something cool we put it in, so players can really search them out (and they will really have to search) but that’s not a guarantee about what we doing, we just really don’t know.

Its fun to be able to take the game out and show people and get great feedback. Everyone understands how lucky we are and at the same time, being proud to work on such a character. It’s an incredibly lucky thing to be handed all this heritage and this history, so we just try not to screw it up. “Don’t screw it up,” that’s our motto.

RG: The comic has come full circle with a comic based on the game. It’s gone backwards and forwards between media now. Care to comment?

PC: It’s quite crazy for us, its got to the point where we have expanded the universe to such a degree that there are new comics coming out about it. Its a universe in its own right, it’s a testament to how much effort we put into it. This is a fully fleshed out universe and its now possible to discover what happened between Arkham Asylum and Arkham City. We now know how people got from here to there and what stories can be told because we had already worked out most of them. Because that’s what we have done for the past four years.

RG: I know its against the rules but I cant resist. Any Easter Eggs or inside jokes we should be on the look out for?

PC: Yeah, but I’m not telling. One of my favourite things to write was the interview tapes, like in Arkham Asylum we very much retelling the origins of all the characters such as Harley Quinn and Joker, and it was very much from the animated series. Scarecrow’s one was really good and we enjoyed doing them. But you are going to find out different things, and there might just be some connections between some people’s tapes and things you might discover from other media. But if I told you, it would ruin it.

Need more Batman in your life? Memeburn is giving away a copy of Batman: Arkham City for Xbox 360. Enter now to win this contender for game of the year. 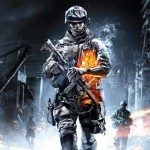