Barnes & Noble’s Nook Tablet is bold, competitive and, at US$250, reasonably priced. But is it worth snatching up in a post-Kindle Fire world? Reviews for the Nook Tablet have trickled in and the critics seemingly love this heavily modified Android tablet.

Wilson Rothman loves the speed of the Nook, calling it “superior to the Kindle Fire” thanks to an overnight power test which saw a 27% improvement in battery life over the Kindle Fire. Rothman enjoyed the “nice big home button” which the Kindle Fire lacks. Another hardware victory comes in the form of the MicroSD card slot, where the Nook supports up to 32GB extra space.

Ultimately, it boils down to a decision of store preference. “If you spend a lot of time in Barnes & Noble, the Nook is right for you. If you are an Amazon Prime customer, then Kindle Fire is a no-brainer.”

This is what may tip the scales for the Kindle Fire, as it works internationally, whereas Nook users will have a rough time accessing content outside of the US.

According to Lance Ulanoff, “The Nook is an edifying experience“. “The Nook’s interface is refined, yet friendly,” in comparison to the “dark colours and austere look of the Kindle Fire.” The seven-inch, 1024×600 screen, which is exactly the same as the Kindle Fire enjoys “smoother screen interaction” thanks to the 1GB of RAM powering its guts.

“Book reading is a pleasure on the Nook,” says Ulanoff. And this includes magazines and comic books. Thanks to a “VividView” screen, content on the Nook is actually closer to the glass. The Nook cannot, however, compete with the Kindle’s variety of content. “What I don’t have on the Nook Tablet is access to Amazon’s library of premium rental movies,” he says. While not a train smash in countries with limited internet access, users from the US, UK and Asia will miss out on the Kindle Fire’s smorgasbord of content.

As a tablet product for the entry-level market, John Biggs feels the Nook is “considerably more interesting — and compelling” than the Kindle Fire. The dual-core tablet is an “impressive bit of machinery, with some odd UI choices and frustrations, but everything is in its right place.”

Biggs describes the app experience, however, as “Frustrating. Because the Nook App Store is limited by B&N, looking for common apps like ‘Rockplayer’ is almost impossible, instead returning a list of books with those words in the titles.”

The Nook Tablet runs a custom Android 2.3 OS, described as “quick and clean. It is eminently usable and anyone — from an Android hacker to my mom — would be able to easily buy, read, and share books and some media.” 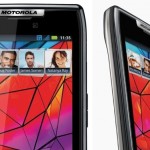