As a gadget site we’re not looking at core hardware innovations that shake the world, we’re looking at the awesome innovations that knocked our socks off. Often the impact of radical innovations doesn’t become apparent for a few years. Accurate, reliable capacitive touch-screens, for example. So we’re reaching a bit, but these are the innovations we think you’ll look back on in a year and say, “Wow – that’s where our gadget world leaped forward.”

This has been coming slowly but steadily, but 2011 is where it started to become a feature you’d kinda expect. Our case in point: WiFi in cameras.

This is a small one, an obvious one, and a great one. You take a pic of something, you want to share it on Facebook. OK. So, take the pic, pull out the SD card, stick it in your laptop, fail to find the PC, oh yes, it’s still in the bag under the cat, shoo off the cat, fire up the laptop, stick in the SD card, copy the file across, fire up Facebook, upload the image, eject the SD card, put it back in the camera (don’t forget, now).

Or stick a WiFi radio in the camera, and let users share pics directly.

Sony launched the DSC-G3 camera back in 2009 that had WiFi. It kinda sucked. It’s only two years later that this tech has become mainstream, although currently devices mostly only offer the main sites (Facebook, Twitter, Flickr, Picasso). Hopefully these will become user-customisable.

WiFi is not everywhere, so expect 3G to start appearing in more gadgets. Better will be devices that will connect directly to your smartphone or laptop via WiFi to let you connect as you choose, and extend functionality (Samsung did this to an extent with the SH100 camera to give you remote view on the viewfinder and camera control, but it was sadly crippled).

2011 is the year of the Graphics Processing Unit – when it became a mainstream technology on mobile phones. This is going to be a critical tech over the next few years as mobi sites get loved up with HTML 5 – because we reckon by 2013 we’ll be celebrating the year of the Mobi Web App, and toasting the slide of native apps into decay and hopefully oblivion.

As we become more connected, spend more time using our phones to do complicated things, and expect higher resolution and bigger displays, a strong GPU will make the difference between a phone that feels fast, and one that is only fast on paper.

The developments in GPU tech are at an inflection point – the next architecture change is shared memory, where the CPU and GPU can read and write to the same pool, which should add a bunch of blisters to performance. We think shared-memory will be mainstream by 2013.

First Runner Up: Computers on chips

A fully-fledged computer with comms and I/O and display drivers and memory: as big as a small matchbox. This year we’ve seen some that would kick the ass of a big ol’ IBM XT from the 80s without blinking, would kick the ass of a Pentium from the nineties without breaking a sweat, and could probably keep up with a cheap laptop from the 2000s. We ran a story about FXI’s Cotton Candy a month back, and there’s the more academic Raspberry Pi project.

WiFi, Bluetooth, USB, HD video – we have entered the era of the wearable, put-into-anything-able computer.

And the Winner is: Thunderbolt

Thunderbolt is more than USB 3. A lot more. First, it’s faster. A lot faster. At 10GB/s it’s double USB 3 and much faster than the raw transfer rate of a SATA drive, which means whether your storage is internal or removable will no longer matter.

But raw bandwidth be damned, what’s more interesting is that it combines DisplayPort and PCIe bus in the same port. So you can connect your ultralight, medium-powered laptop to your new-generation display with a built-in high-performance graphics card for when you want to do some gaming.

Better, it can daisy-chain, so you can plug your Ethernet cable, keyboard, mouse, external hard drives, printer and tea-cup warmer into your display, and then just a single cable to your laptop.

Impressed? There’s more – it can also supply up to 10W, which will probably not be enough to charge your laptop battery, but could extend it almost indefinitely.

A downside is cable cost – like SCSI cables, Thunderbolt connectors are “active” – they have some quite complicated circuitry built into the plugs and currently cost around US$50 from Apple, but then again, we’ve all been raped by the iStore’s cable prices. Expect the prices to drop rapidly.

And a special mention: Cheap smartphones

2011 saw the launch of a bunch of entry-level smartphones, that bring apps, Google Navigation and always-connected social media to the masses. Smartphones will always be more expensive than feature phones (all that extra processing power, memory and graphics performance needed to run a proper OS), but as the cost comes down, and more Chinese manufacturers enter the space, smartphones are no longer just for the 1% and their footsoldiers. No, the proletariat get to waste their lives in Twitter now, too. 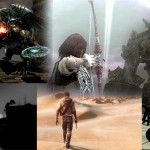