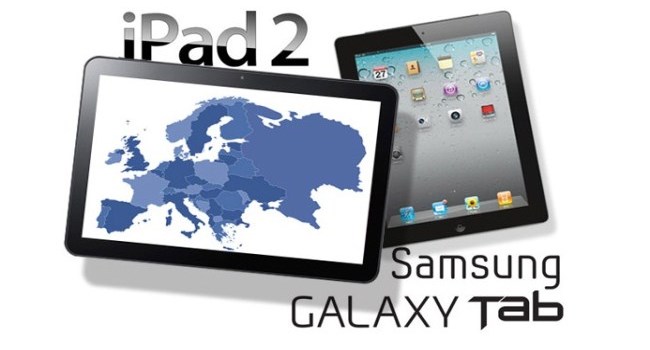 I don’t know about you but I like fancy toys. I also like design, if the design doesn’t grab me there is a chance I won’t think twice about a product. This is why a Hermes scarf has the power to undo a person: it’s sexy, sophisticated and chic. This is why I love the iPad 2 and Samsung’s Galaxy Tab 10.1.

When I began drawing up my list for Santa I found it difficult to decide which of these sexy little babies I wanted. They both have great specs and both look amazing from a design point of view, it’s true that the iPad sets the standard for tablets but the 10.1 is quite a formidable device as well, plus it’s Android. So I thought before I sent my letter to Father Christmas I should play around with both tablets and make an informed decision.

I work on a Mac but I never really liked Apple products until I played with this little baby. The new device is dramatically thinner than the first one. It also comes fully integrated with front and back cameras, FaceTime video chat, a faster processor, and 3G options.

Despite being supermodel-just-before-a-show thin, it’s quite durable which is good because I drop things a lot — it survived a collision with my wall a few times. The face of the iPad is covered in the same scratch-resistant glass that the previous one had and with a home button at the bottom of the screen to help you manage your browsing what more do you want?

Essentially it’s like the iPad 1 but better. This does, however, mean it also comes with a number of the same old problems. The screen resolution has not gotten any better with sleeker design. The photo quality is mediocre, there’s still no Adobe Flash support but I suppose, depending on which camp you sit on, that might not really be an issue. The ports for HDMI, USB, and SD all still require adapters, what’s up with that?

I like Android, let’s just get that out of the way.

This baby is just as thin as the iPad 2 and possibly lighter. This sexy device runs Honeycomb with a front and back camera as well. The 10.1 has a very sleek and sophisticated design, rivalling that of the iPad 2. Its 10.1-inch screen is surrounded by a 0.8-inch black bezel and a silver aluminum outline at the edge. It’s a design Chanel would be proud of.

The interesting thing about the 10.1 is that, unlike other Android devices, Samsung has done little to no customisation on Honeycomb’s interface. It’s pure Google, you do get access to Samsung’s app store though if you want to get some Samsung apps.

Being a Twitpic and Foursqaure junkie, I loved the 1280×800-pixel resolution. The image quality is much better than that of the iPad 2, nice clear and crisp images. Browsing the app store and web surfing is a dream thanks to the screen size.

I am not too pleased with its plasticky feel though, being the dropper that I am, I don’t think this sexy little beast can survive a trip to a conference with all those walls to consider. Also no USB or HDMI ports. Again, what is up with this?

Crunch time: which one should I ask Santa for?

I like the solid feel of the iPad 2 and its simple yet elegant design and easy to use interface. I am not a huge fan of Apple’s closed ecosystem though and that presents a problem. The 10.1 comes with the benefit of Android and from what I have seen of Ice Cream Sandwich the OS is growing up quite nicely, but there is that plastic I am concerned about.

So Santa, can I get both? 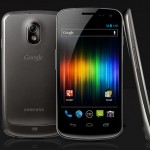