A new iPad will possibly have a 7.85-inch screen. According to an iPad hardware suppliers, the fourth quarter of 2012 is the expected release period of the smaller iPad. Competition from the US$200 Kindle Fire has spurred Apple to “one-up” Amazon with a slightly more compact model.

Manufacturers AU Optronics and LG Display are the preferred developers of iPad screens and have been trusted with Apple’s products in the past.

What has spurred Apple to possibly create this pint-sized tablet? A number of reasons point towards a more pocket-friendly iPad.

It’s no secret that the Kindle Fire is performing exceptionally well. According to Amazon, it’s selling a million of these 7-inch wonders per week. The Galaxy Tab, the Nook Tablet, the HTC Flyer and Acer Iconia are all prime examples of smaller tablets which are better suited to a mobile world. While the iPad 2 maybe the world’s best-selling tablet, it’s a fairly large device and better suited as a netbook replacement.

Steve Jobs was notorious when it came to 7-inch tablets and proclaimed them to be “dead on arrival.”

Priced from US$200, the iPod Touch costs the same as the Kindle Fire (but definitely not as much as the near dead BlackBerry PlayBook). The question then is whether or not Apple would benefit from slashing the Touch from its product line? With cost-price smartphones filling the media-player gap, the iPod Touch slides ever closer to irrelevancy.

The differences between a 9.5-inch tablet and a 7-inch tablet are most noticeable during extended periods of use. Comfort is the 7-inchers’ selling point and the iPad 2 weighs heavy in the hands of the user, making an optional screen stand a must-have. The Kindle Fire weighs 0.4Kg, the iPod Touch 0.1Kg and the iPad 2 falls in at a “mighty” 0.61Kg.

The fourth quarter of 2012 will reveal the fate of a pocket-sized iPad. 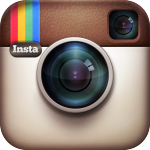