By Steven Norris: grumpy curmudgeon
Read nextiPad 2 vs Galaxy 10.1: Which one for Christmas? The PS Vita is a powerful, portable gaming machine with a five-inch, multi-touch LED screen, GPS, dual cameras and wireless internet. The Vita also comes with a back-panel which also responds to touch.

The Vita launches just in time for the holiday season. Gamers crowded the streets of Tokyo, such as Akihabara which is famous for being the digital heart of Japan.

For Sony, the PS Vita needs to succeed. The Vita’s launch comes at a time when hand-held consoles are battling to eclipse the success of smartphone gaming. In light of this, Sony’s promotional machines have wheeled into overdrive. Sony setup stands across Japan which let pedestrians demo the PS Vita. Electronic stores across Japan were decked out in the wild and crazy colours of the PS Vita.

Official sales figures of the Vita are yet to be released, but customers and store owners alike have boasted the success of the day-one sales. Said a salesman, “A number of the devices are already sold out, most customers had reserved them in advance.” According to various brick-and-mortor stores the bulk of the customers were me from the ages of 20 to 30. Sony is aiming to outdo the 75 million PSP’s sold since 2004.

One customer spoke of his desire to own the PS Vita. “I already have the previous PSP model and a Nintendo 3DS, but I wanted at all costs to have the PS Vita too. It’s a bit overbearing but still very attractive.”

Many stores ran out of stock. “I wanted to buy it, despite the price, but I was too late to reserve one and apparently there’s no chance today,” Sony’s gaming unit head is confident of the imminent success of the Vita and says that pre-orders were “very strong.” 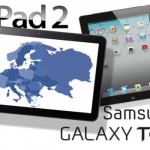