According to a Pod2G tweet, the untethered jailbreak is due later next week.

I made a step today for the A5. With some luck we could expect a release in a week.

Pod2G is confident that any iPad 2 and iPhone 4S running iOS 5.0.1 can be jailbroken and even advises users to upgrade to the latest OS.

In preparation for the imminent jailbreak, iPhone 4S and iPad 2 owners should download the iOS 5.0.1 IPSW. The IPSW (iPhone Software Install) works in conjunction with the Jailbreak software and uploads a modified version of the OS onto the device.

For the uninitiated, the iPhone 4S has been without a jailbreak option due to the complexity of working around the A5 CPU which also powers the iPad 2. The iPad 2, however, has been jailbroken, but only for models running iOS 4.3.3 or lower. Those users can run JailbreakMe 3.0 to modify their iPad 2.

Recently, non-A5 iDevices have been privy to an iOS 5.0.1 jailbreak care of RedSn0w 0.9.9b8. The hack is tethered, which means that every time the user with a jailbroken phone resets, they will have to plug their device into a computer or face a “bricked” iDevice. Untethered jailbreaks remove this irritation, but are harder to implement.

Follow pod2G’s blog for further updates regarding the jailbreak. Meanwhile, iDevices without the A5 CPU can enjoy this untethered jailbreak option. 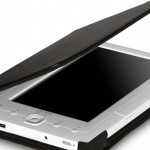