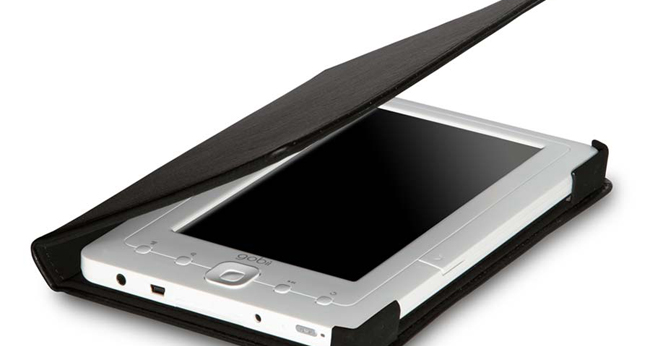 A load of gadgets recently came into the ‘burn offices. You’d think we’d be a little jaded by now, but we still tend to act a little like small children on Christmas morning. The boxes were unpacked with glee, I was handed the action camera…I had requested it after all. A moment later, the collective heads of the editorial team popped up in unison. “You don’t really do any kind of action activities do you?”, said one member of the team. “Well unless you count…” I began. “Shut up! This is a family site,” said my erstwhile editor, “You like books, have the eReader”.

So, what to think of the Gobii eReader? Well it ain’t exactly a looker. I’ve recently acquired a Kindle Keyboard (the Wi-Fi only version). It’s matte black, sleek, and light. A stealth eReader if you will. The Gobii is the exact opposite of that. It’s white (totally not stealth), the plastic is thick, and to say holding it one hand is awkward, would be an understatement on par with “That Stephen Hawking chap is quite intelligent if you ask me.”

Here’s the rub though, the Gobii only costs around R900 ($107), while my Kindle R 1 170 ($139). Not such a big deal, you might think. And wouldn’t you rather pay that little extra to have the Amazon name and easy access to its massive repository of titles?

Thing is, it’s not that simple. This isn’t an apples for apples comparison. For one thing, the Kindle model in question uses e-ink technology. Great for the eyes but a little limiting when it comes anything other than reading. The Gobii, on the other hand, rocks an LCD screen, not so hot for the eyes but it does mean that you can view colour images and video. The Gobii also claims support for a number of audio formats.

So the Gobii is not really a hardcore reader’s eReader then. It’s more of a multimedia device, seemingly placed in the eReader category more for convenience sake than anything else.

Forgetting categories and labels for a moment, let’s take a look at how well the Gobii does all the things it claims to do on the box.

Given that the Gobii markets itself as an eReader, it seems worthwhile starting with this function. The device claims to support a number of formats, including DRM PDF, ePub, TXT, FB2, PDB and HTML. Somewhat surprisingly the LCD screen doesn’t actually put that much strain on your eyes when you’re reading. It has a sort of blue tint, like you’re wearing sunglasses, but ones that only work on the screen in front of you.

The Gobii can perform a number of the other usual eReader functions, allowing you to bookmark pages, flip to a specific page and set a specific time for the page to flip. There are a couple of things you can’t do though. You can’t, for instance, make notes like you can with the Kindle.

The biggest issue with this device when it comes to being a functional eReader is its lack of any form of internet connectivity. This means that if you want to download a book, magazine, or newspaper, you have to do it the old-fashioned way — onto your computer and then onto the device. That’s still okay for videos and audio, but probably seems a little out of touch for anyone used to being able to get written content on the go. I’m thinking of smartphone owners here — especially ones who have a reasonably large screen and the Kindle app.

As a video player, the Gobii actually isn’t all that bad. Yes, it only plays content in 480p, so don’t go expecting any super AMOLED HD–so-real-you’ll-feel-heat-from-a-Micheal-Bay-explosion quality here. You can’t view from too many angle other than straight on, but I can’t think of that many situations in which you’d be using it any differently. Played through headphones, the audio’s not too shabby either.

Don’t go thinking you’ll be able to fit your whole multimedia library onto the Gobii straight away, because it only comes with 4GB internal memory. It does, however, have an SD card slot meaning you can pack in a load of content…if you’re willing to supply your own SD card, that is.

It’s not all that easy to know how to feel about the Gobii eReader, it has none of the class and finesse of a Kindle but it does a hell of a lot for its price. If you’re a serious reader or a brand aficionado then go for the Kindle, but if you’re after something cheap that you can pack with a variety of content and whip out on the go, then the Gobii may just be the device for you. 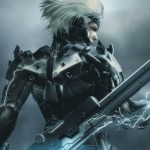