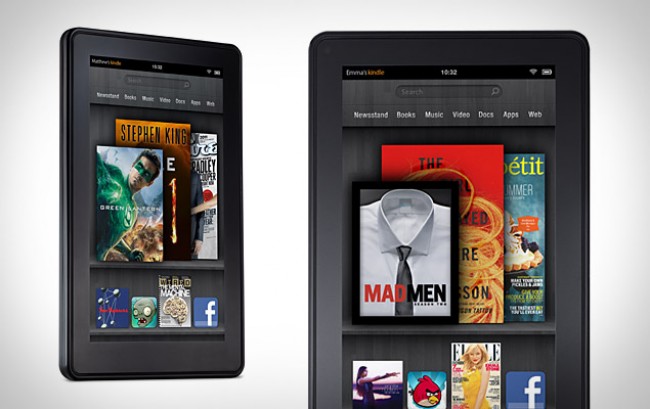 While tablets have dominated tech news ever since the launch of the first iPad, it seems likely that the frenzy will begin to die down in 2012. Crucial questions such as “What is it for?”, “Will they find a market?” and “Do I need one?” have slowly faded away. Now, you either want one or you don’t.

Apart from the media firestorm which will greet the release of the next generation iPad sometime in 2012, most tablets will simply arrive on the scene and live or die depending on how well they perform.
Consolidation is under way. Increasingly, companies, NGO’s and individuals are seeing the need for tablets and creating apps and content specifically for tablets.

The next 12 months should also see a dramatic increase in the number and form of tablets out there. Much like smartphones, we’ll start to see tablets for every imaginable purpose and consumer.

The next version is guaranteed to be a hit, but the iPad no longer holds a death grip over the entire market – other competitors have learned what it is that makes the iPad so compelling and have used it to their advantage. Will Apple remain one step ahead with the launch of the third generation iPad? 2012 will provide the answer.

So let’s take a look at some of the tablets that will be vying for your attention in 2012.

Kindle Fire
Amazon’s flagship device could really be a game-changer in 2012. Not because the device itself is particularly extraordinary, but because it gives you access to all the content on the Amazon store in one easy place. That means movies, TV series, books and music all at the touch of a button on one device. Yes, there have been complaints about the interface and problems with the device itself, but once those are ironed out, the potential of the Fire and its pricepoint will provide some serious competition to the giants over at Apple.

Sony S Tablet
Sony has been kicking itself ever since Apple came up with the iPod. The giants of the 80’s had a potent music division and a potent hardware division. They even invented the Walkman, for goodness sake, so how did they not come up with a portable MP3 player? But Sony has been working hard to get it right and this wedge-shaped tablet could go a long way in making it all seem better. Tablets2012, a blog looking at all things tablet, concedes “The curvy, wedge design makes the tablet easy to hold and gives it a new degree of portability, while still making the device look very slim, streamlined, and attractive.”

Sony has a strong foothold with gamers and this tablet is targeted directly at them. The PlayStation Network is embedded directly into the tablet, and Sony has tweaked the Android keyboard to make it uniquely theirs.
2012 could be a comeback year for Sony.

Google Nexus
For one of the tech giants of the 21st Century, Google has been surprisingly modest when it comes to launching tablets. However, they have worked hard to create “Honeycomb” and “Ice Cream Sandwich”, operating systems which are driving an increasing number of tablets from different manufacturers. But news filtering through the web indicates that a full Google tablet could be released in the next 6 months. Executive Chairman Eric Schmidt is reported to have told Italian publications that Google will likely launch a Google Nexus-branded tablet based on the new Android 4.0 “Ice Cream Sandwich” operating system in the first six months of 2012.
None of the Android tablets have yet to catch the imagination of consumers, so there will be a lot of pressure on the Nexus tablet to deliver on all the potential of a pure Google experience.