What Hi-Fi Sound and Vision announced its top 10 products of CES International 2012 in Las Vegas. Those of you not in the know might be thinking “big woop, so what?” Anyone who knows about the magazine, however, knows its opinion matters. The gadget reviews in the 35-year-old magazine are read by people in 50 countries around the world, its website receives well over 9-million unique visitors a month. It’s also the only non North American media partner at CES.

Although in its first iteration, to be one of What Hi-Fi’s stars of CES definitely carries clout for any brand receiving the award. Here then, are the ten innovative products the illustrious magazine chose to reward. What Hi-Fi recognised this nifty little gadget for “offering a simple, portable, affordable and high-quality improvement to any music you have stored on a laptop or digital media player”. Arcam claims the USB-powered amplifier to convert audio files “into beautiful music with stunning clarity and precision”. From small and USB powered to something that belongs in the lounge of anyone concerned with aesthetics. The popular magazine rewarded the speakers for having “a fine combination of beautiful aesthetics with their BMR drivers and transmission line design”. Bang & Olufsen has been the first name in high-end audio equipment since its founding in 1925. With the Beolit Airplay wireless system, the Swedish manufacturer is making a play for the custom of everyday consumers. Think of these as stealth speakers. The slim-line design of the Shadow series was recognised by What Hi-Fi for fulfilling the needs of “consumers requiring discreet and compact design as a pre-requisite”. As well as great sound quality, these speakers were rewarded for their highly innovative design. There’s no arguing with that train of thought. Readers of a certain age will remember Saturday Night Live’s The Coneheads. The Meridian M6 speakers look a lot like its titular characters. This is for serious audio geeks. The valve amp is a remodelled version of its classic MC275 valve power amplifier. Don’t worry though, it has been updated for the 21st century, so you won’t be stuck with 50-year-old problems. This product is sleek, silver, and would take pride of place in the set up of audiophiles with a flair for minimalist design. Looking like they came out of the Darth Vader school of design, What Hi-Fi calls these speakers “A towering example of speaker perfectionism”. 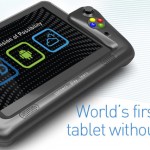