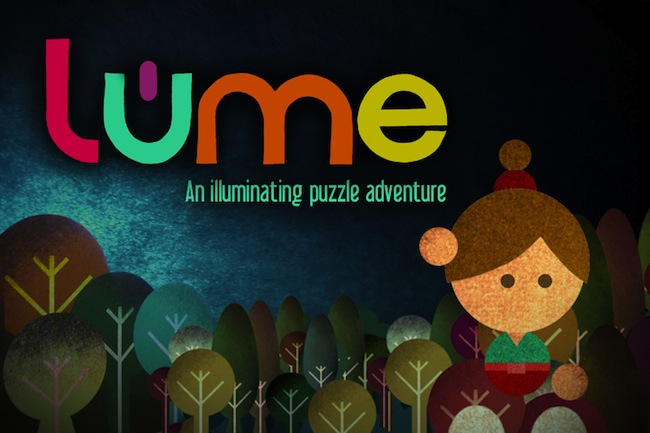 Game Developer State of Play has finally released iOS versions of one of the cutest and most visually appealing casual puzzlers in recent memory.

The lights are out, and it’s up to Lumi to save the day: this is the premise of the cutesy, cardboard cut-out puzzle adventure Lume, literally. The characters and environments in the game were physically made out of paper and cardboard to create a tiny set lit with miniature lights and filmed with a handheld camera to give it a unique visual aesthetic. It’s quite something to behold.

The game begins with a little girl named Lumi going to visit her Granddad, but alas he’s not home. What is home though, is a series of fun and sometimes challenging puzzles in this all too short game that is filled to the brim with charm. In fact, Lume has so much charm that you’ll lose yourself to the wonderful art style and to the engrossing soundtrack (this game is a must for headphones).

Upon arriving at the house, Lumi discovers there is lots of work to be done.  And what a strange house it is: with a solar panel outside, a kitchen sink but no kitchen, a weird cupboard under the stairs and a loft study (gramophone included) upstairs. One has to ask, where does Granddad sleep?

The game is reasonably open-ended with just the inside and outside of the house as playable areas. There might be a couple of locked doors, but once you’ve solved those pesky puzzles to unlock them, you are free to solve the handful of challenges in whichever order you chose.

The game is about relaxation, taking your time and enjoying the wonder that was handcrafted for your interactive pleasure. So don’t stress, sit back and get a little mental workout at your own pace. It’s almost like Sudoku but not nearly as difficult and with built in soundtrack! The puzzles have an overarching organic energy theme. You need to correct the wiring on a solar panel, make a wind generated turbine and ultimately restore power to the whole house. It’s all very wholesome, but luckily not in a cheesy way. The challenges vary from matching objects to number and symbol puzzles and some of the tougher trials comprise of music and memory challenges. Lume is, in essence, a series of mini games all under one roof.

The PC version of Lume was programmed in Flash, and so you couldn’t move around freely, but rather only interact with ‘hotspots’. It is the same in the iOS versions which does detract from the touch screen experience. It would be nice to be able to touch a larger number of objects in the environment and get some kind of response from the game. Having Lumi only move and interact with important items and objects is not a bad thing though, it might sacrifice immersion, but it helps avoid time wasting and pixel hunting and that’s the way we like it. Battle of the Versions

The PC version of Lume goes for a steep US$6.99 through Steam, while the iPhone version goes for a moderate US$1.99 and the iPad US$2.99.

Given that the game shouldn’t take you much longer than 30 minutes to two hours to complete (depending on your inner puzzler) they are asking quite a lot of PC consumers. The iOS prices alone make the mobile versions of Lume the definitive versions.

Please note that there have been reports of problems with the iPad HD version that the game often crashes and so on the date of writing the best version (and ironically the cheapest) is the iPhone version. There is a work around to the iPad problem though, but hopefully an update will fix any crashes in the future.

Like a feisty courtship period, Lume is over before you know it. And with zero replayability, part two can’t come soon enough. Overall Lume is a neat little package, its brief, but it is jam packed full of charm, and it should make you feel all warm and fuzzy inside.

The artistic style alone deserves recognition and with very positive and wholesome themes, this really is a game everyone can enjoy, even if it’s just for an hour or so. Why is Lume so short though? Does Lumi turn into a pumpkin if the game goes on longer than one hour? Even if she does (the developers wouldn’t comment) I’m sure the real reason is the technical challenge of creating these miniature worlds.

(MAJOR SPOILER) And so when Lume ends Lumi’s reward is a cup of tea (SPOILER ENDS), she deserves it after all those mental gymnastics and so do you. 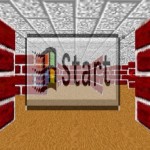