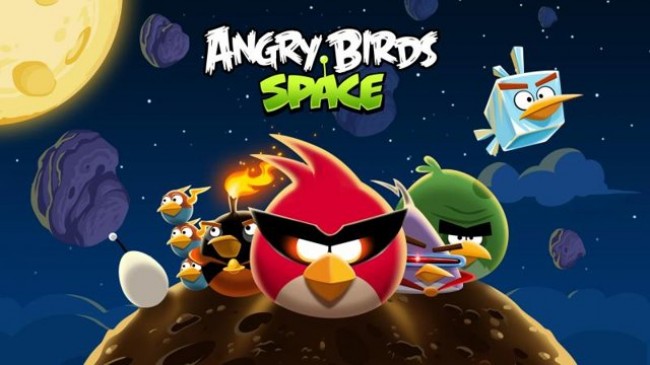 When you’re following up on a game with a pedigree like Angry Birds, you’d better bring your A-game. Is Angry Birds Space, the zero-gravity sequel to Angry Birds, Rovio’s next million-selling app? It’s a tricky question, which I’ve tried my best to answer below.

Beam me up, Piggy

Angry Birds Space is, first and foremost, a genuine sequel to Angry Birds, not a sub-sequel such as Seasons or Rio. It’s a new theme, with new characters and slightly overhauled graphics. On the iPhone 4S or iPad 2, the graphics are dreamy. Super-smooth trails of fire burn behind the red bird as you casually flick it towards the enemy pigs. The mechanics are identical to past titles, it’s the gravity which adds an extra wrinkle to the flavour of Angry Birds Space.

Gravity is the new black. Instead of straight lines of motion, your birds now arc around asteroids, planets or whatever the piggies are sitting on. If you aim below the field of gravity, your bird flies off. If you aim into the field, the crazy new gameplay kicks in.

The gravity is more than a gimmick, it’s a whole new reason for playing Angry Birds. Rovio, more than anything else, has perfected what Nintendo does. That is, create hyper-addictive, ultra-cutesy titles which can be played for minutes or hours in length. In Angry Birds Space, gravity creates a hook of its own, whirling the birds in intricate patterns before they hit the smirking green piglets.

It’s also as difficult as it’s ever been. From the onset, there are 60 levels, this includes the impossibly hard stages made exclusively for the Galaxy Note, yet are no less easy to conquer on a smaller profile screen. As with every Angry Birds game, there will be downloadable episodes as the months and years roll by.

Angry Birds Space is fast, colourful, pick-up-and-play fun. It’s as addictive as it’s ever been, and unique enough to distance itself from its forbearers. For less than a dollar, this is a must-have.