Gearburn knows that you don’t have time to play every game out there, that’s why we’ve created a trio of reviews, bite-sized portions to sink your teeth into. Blades of Time, SSX and Metal Gear Solid: HD Collection are all new for the Xbox 360, so let’s see which ones captured our gaming hearts.

All games were reviewed on Xbox 360

Blades of Time is utter nonsense, and a derivative rip-off of Tomb Raider, Bayonette and whatever other third-person adventure you can think of. Created by the oddly named Gaijin Entertainment (Gaijin meaning “alien” or “foreigner”), Blades of Time tries its best to create a cohesive, persistent universe filled with solid combat and a meaty plot. Oddly, it fails at not only this endeavor, but at everything else. The protagonist, Ayumi is a noisy bimbo constantly yammering on about nonsense no-one cares to hear. Muting her voice is sadly, not an option.

One of its only saving graces is its time-mechanic, called “Time Rewind” which creates a mirrored clone of Ayumi for puzzling and combat purposes. Find treasures, smash foes with the ropey combat mechanics and struggle onwards like its 1999 all over again. Blades of Time is a misstep on every level.

From Konami comes a quintessentially Japanese sneaking title, honed to perfection through Western influences. Metal Gear Solid: HD Collection is nothing if not a beefy recounting of Solid Snake’s adventures as he weaves through political events and Bladerunner-style fantasy settings. This is a man with a purpose, to slit throats, take names and bed female scientists.

The Xbox 360 commands a superior version of Snake’s adventures. Two DVDs are jam-packed with three titles: Metal Gear Solid 2, 3, and the once-PSP exclusive title, Peace Walker. The original Famicon titles, namely Metal Gear 1,2 are included for complication’s sake but invoke a unique identity of their own, albeit crudely rendered in 8-bit pixel art.

There is plenty to dig into and the new 720p HD graphics, running at 60 frames per second are a treat. Metal Gear Solid 3 is especially well suited to the 60fps graphics and benefits from liquid-smooth gameplay which almost elevates this superlative tale to a new, once unbeknownst level. For fans of gaming in any form, this is the ideal package. 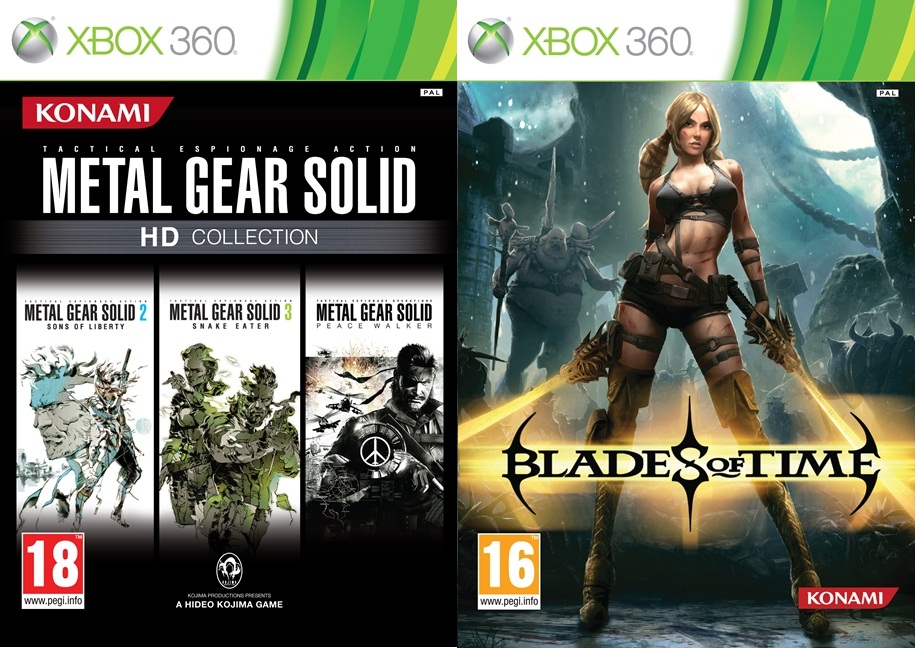 There was a time when SSX would have commanded a small legion of fans. That time has passed and the latest version of SSX is now just a silly sporting title with “radical” tricks and dated graphics.

Let’s not hammer SSX too badly. It has its charms, but the self-same charms are dampened by a clichéd roster of hipster snowboarders who hammer home the pain.

The action can sometime be positively pants-wetting. When you’ve pulled off a decent set of tricks and safely landed, the golden jangling of sound accompanied by an insane number of points is enough to set any gamers heart racing. Controls are also nicely tuned for dual analogue tricking and dare I say it, far easier that the PS2 original control scheme.

Ultimately, SSX is a flashy, soulless title, the reality-TV of gaming if you will. Multiplayer, increasing your players stats, “taking things to the next level” and feeling out the routes of ginormous mountains has its place, but sadly not in my Xbox.