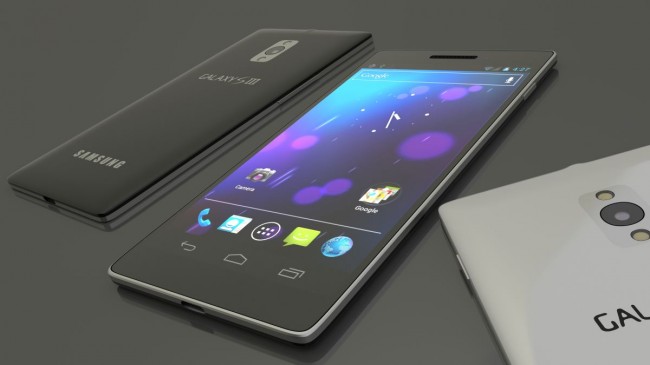 Thanks for taking part in our April Fools joke. You’re all beautiful people and when the Galaxy S III really launches, Gearburn.com will be there to cover it in its glory. The following story is a fabricated work of whimsy.

God, finally. Thanks be to the mighty ones at Samsung for making this real. Come 10 May, the Samsung Galaxy S III is prepped for launch. Samsung has even gone the whole hog and confirmed a ton of technical details. Prepare to salivate for a month or so until the inventible launch occurs.

These are specs that none of us expected. Sure, we knew the Galaxy S III would smash past the competition, thanks mainly to its expertise with system on a chip (SoC) tech. But hells-bells, we’d never have predicted a 2.0Ghz hex-core CPU. Tech specs reveal the CPU to be part of Samsung’s ARM based Exynos 6450 SoC.

JK Shin, Samsung’s head of mobile says of the hex-core CPU, “We believe this is a true innovation in mobile design. Samsung knows mobile phones and with the hex-core, we’ve broken the barriers of what truly defines a smartphone.”

The display is what drives the S III home. A true 1080p screen, with a resolution of 1920×1080 and 343 pixels per inch the S III’s screen is a standout stunner without comparison. Expect liquid smooth graphics, pumped out by the quad-core GPU. The launch event will flesh out more details of this positively mind-blowing phone.

RAM sits at 2GB, with a choice of 32 or 64GB internal memory. The most important stat, the price is yet to be revealed. Come 10 May, the whole world will hang onto the launch event, held at Samsung HQ in Seoul, South Korea. Read the press release here for further details on the Samsung Galaxy S III launch event.