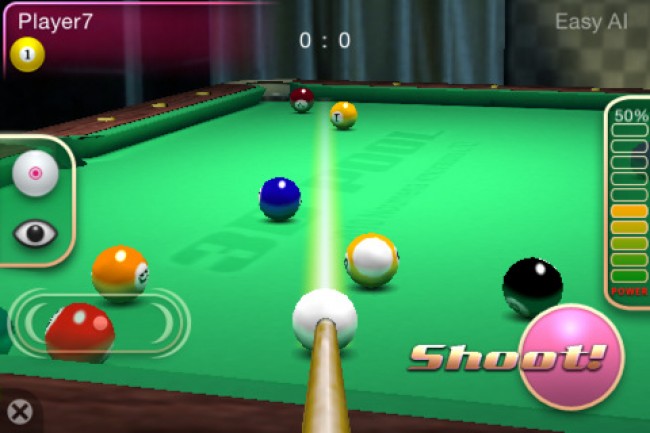 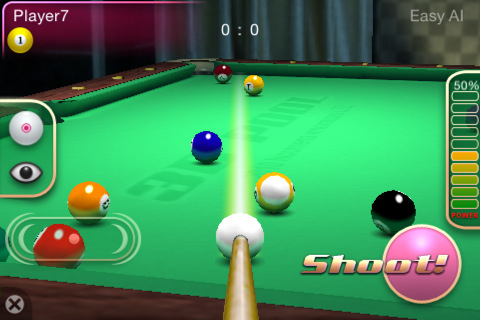 Sports games have always been a firm favorite of mine over the years. From the days of NBA Jam on the SEGA Mega Drive (“Boom-shakalaka!”) I’ve always felt that sporting titles are a must in any gamer’s collection. Since the introduction of smartphones and tablets, many of the larger sports gaming titles have inevitably made their way on over to the newer touch screen devices and have just as much success as their console-based cousins. Below are just four of my favorites.

Let’s be honest here, wherever there are consoles, there are FIFA titles. These games have long been enjoyed in bedrooms, dorms, office break rooms and just about anywhere that small groups of sport loving guys hang around. Over the years, EA has done tremendous things with the mechanics of this game and, through constantly upping the level of innovation, a lot for the general gaming environment. Each new incarnation of the FIFA title is met with awe and admiration, and the iOS version is no different. Aside from the amazing graphics, extremely well-adapted gameplay and precise mechanics found in the game, EA has taken it one step further and built in Bluetooth capabilities for the game. Meaning that you can now connect up to two iPhones (using EA’s new Gamepad app) to an iPad and use them as wireless controllers! This not only creates a whole new level of enjoyment for FIFA ’12 as a game, but completely turns the iOS gaming world and how we interact with the games on its head. I think EA has done what all other manufacturers were too scared to do, and I know it’s going to pay off for them.

As a non-golfer and some one who really knows nothing about golf at all, I bought this game while on sale as I’d read quite a bit about how well it was designed. All I can say is that I am now itching to get my hands on a set of old clubs and hit the nearest driving range to see if my understanding of the perfect swing in the game translates in real life, probably not but, it’s got me interested in the game. Tiger ’12 allows you to build up your own golfer from scratch and play until you’re ready to enter the PGA Tour in a sort of career mode, where you can win cash that you use to buy skill points and better yourself through out the game. It also comes with a mini game section where you can play against your Facebook friends in ‘Closest To The Pin’, or just take on one of Tiger’s many challenges. As one would expect from an EA title, the graphics are sharp, the sound effects are perfect and the proper licenses are all there. Hole in one!

Ever since the days of playing Cool Boarders on the original Sony Playstation, I’ve been wanting to hit massive, freshly powdered slopes, busting out backflips and stale fish grabs. But until I win the lottery, or I see snow covering Table Mountain, I’ll have to stick to what I have on this here iPad. Look, Crazy Snowboard is not what I’d call the best game ever, but it’s entertaining nonetheless. Sure the graphics need work and the sounds are about cheesy but it’s just one of those games that you keep going back to, maybe because it’s snowboarding, I’m not sure. Get hold of the lite version first though.

Pool games for iOS are plentiful, however, good pool games for its are not that easy to find. Before finding 3D Pool Master, I was seriously about to give up with satisfying my need for some good old’ fashion cue ball action and whip out the 8-bit for a bit of Lunarball action (remember this?). 3D Pool Master is the best simulation of the popular bar sport on the app store, although the graphics could use a bit of work, the physics and controls are fluid enough to keep you coming back for more. The basic version is available for both iPhone and iPad and is free. There are also a number of premium versions that are a bit pricier, but unless you’re a real pool hall junkie, what more do you need?