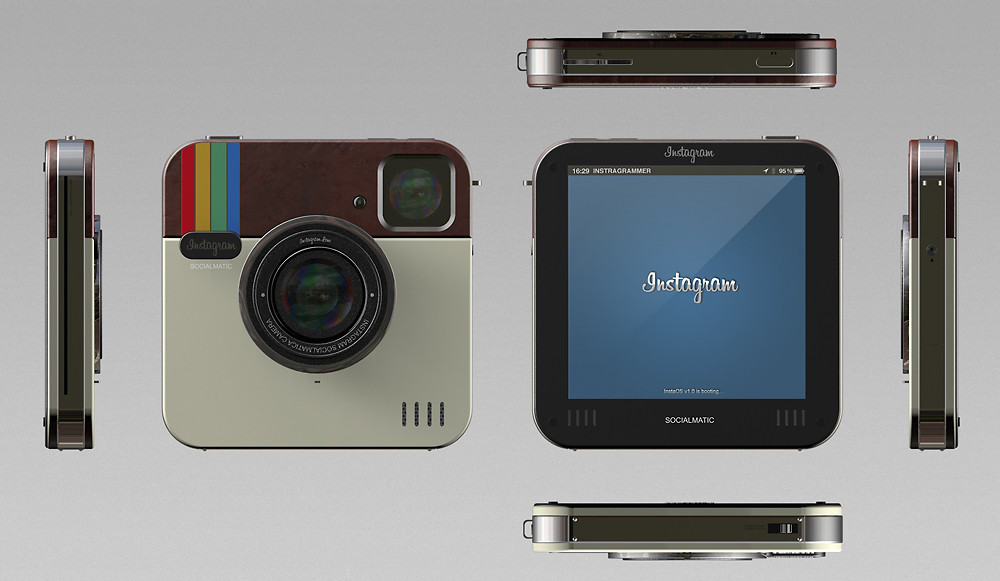 Except it’s not called the “Instagram Camera”. It’s been named “Socialmatic” and it’s as attractive as a tech sandwich can get. Mmmm… tech sandwich.

Antonio De Rosa is the inventor of Socialmatic, and we use ‘inventor’ very loosely as he scrounged the hardware stylings straight from the Instagram app icon. But look at the concept image of this beast. It’s very iPhone sexy.

Let’s see what Socialmatic can offer.

16GB storage, Wi-Fi and Bluetooth, 4:3 touchscreen (makes sense, the camera will be a square). The magic comes in the two main lenses. The first one captures the primary image, while the second one applies the Instagram filters.

There’ll also be webcam applications plus QR Code capturing. No word yet on the megapixel power of Socialmatic, but there is going to be optical zoom and an LED flash.

The internal printer shocks the system with actual, physical photographs produced straight from the device. How that’s going to work in regards to weight and price is anyone’s guess, but it’ll most likely push the price of the Socialmatic into the US$150-200 category. Fancy, but pricey.

InstaOs, the built in UI for Socialmatic, remains in concept form, one line of pure marketing nonsense which promises a tantalising combination of the Android and iPhone app.

We love this little quote from De Rosa: “Instagram Socialmatic is only a concept… But, maybe, it could became real…” Here’s hoping it makes that leap from concept to reality. It looks cooler than hell. 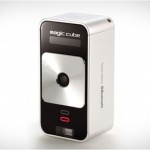