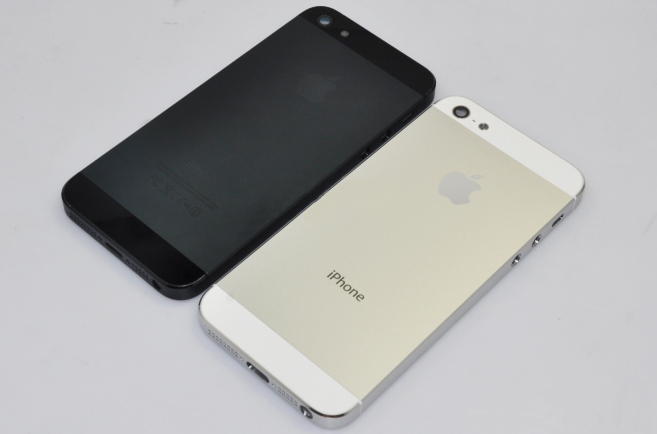 Pictures of Apple’s next-gen iPhone, be it the iPhone 5 or iPhone 4.9S have unceremoniously leaked. From this single screenshot, we can muster an endless amount of speculative tech from the phones. Let’s dig in.

Here’s the first clue. It’s all metal, with the antenna seemingly moulded into the bottom of the iPhone. See the off-white/black band on the bottom and top? One of those areas could be for the antennas. Metal is also super-styling. From the image, it seems like it is brushed metal, which will be much gentler on the hand than the glass back of the iPhone 4S. There’s no evidence to prove that unibody is cheaper to produce than separate parts, Apple simply seems to enjoy the unibody looks, as seen in the Macbook Air.

It’s the bottom of the metal back which tells us the most about the new iPhone. First off, the headphone jack is on the bottom of the device. Traditionally, this jack goes on the top of an iDevice. This could be one of the first times that an iDevice rocks a bottom jack. But to what end? Perhaps Apple is finally listening to its market. As an iPhone user, a jack on the top of the device has been an issue. The cord bends and frays, it’s the nature of the form-factor. But if it sits on the bottom, there’ll be a possible reduction in earphone cord damage.

Next, the appearance of the sneakily-rumoured smaller docking connector makes a showing. It seems as if Apple truly is going for broke with this new docking technology. It makes sense logistically though. As cabled charging technology improves (and one day hopefully vanishes forever), connectivity docks will shrink.

There’s a final piece of tech, hidden between the camera and the flash. A tiny dot which is most likely the second microphone. This is actually a highly interesting addition as it points to noise cancellation and better voice detection. And hell, more mic’s equals better Siri. And better Siri is never a bad thing.

There’s plenty more next-gen iPhone goodness to come. Watch the Gear for all the latest updates on Apple’s pride and joy.