The Galaxy Nexus won’t be sold in India, with Twitter being the platform Samsung decides to break the bad news on. India seems like a strange country to isolate from Samsung’s flagship Android 4.0 smartphone users. One user demanded an answer and Samsung shot back.

@TifosoTuli The Galaxy Nexus will not be launched in India. Watch this space for the next big thing!

“Watch this space for the next big thing!” says Samsung. Well, the next big thing happened last night and was of course the launch of the Samsung Galaxy S III, which will be launched in India. Still, why deny India the Nexus?

Has Samsung decided to ignore one of its largest markets? Of course not. But denying users the chance to explore the world’s first Android 4.0 smartphone is a crime against tech. The Nexus S ain’t the first Nexus banned from Indian pockets, the Nexus One also never saw the light of day and yes, we know this was made by HTC and not Samsung. It’s Google’s decision as to which hardware manufacturer gets to champion the software.

There is a glimmer of hope though. A Samsung source leaked to an Indian tech website that the Nexus S is in testing, and would hit the market end of April 2012. As to date, there is still no mention of the Samsung Galaxy Nexus S in India. Here’s hoping that the S III will make it to India sooner than later. 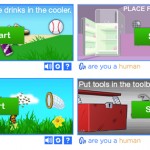