Enough talk, more games. E3 2012 is tomorrow and these are the top titles expected to make a showing at the world’s largest console and gaming show.

Around these parts, we like to call Battlefield 3 multiplayer “the best shit ever made”. As for the single player, meh. Anyway, there are two updates to the multiplayer. One is the very Call of Duty Close Quarters and the other, Armoured Kill which is going to push vehicular combat front and centre. Close Quarters in June launches in June, Armoured Kill in September.

Crysis 3 picks up right after the events of Crysis 2 funnily enough. Now you’re Prophet, outfitted with a hunting bow as you tackle the jungles of New York City. It’s going to be a cracker when it’s eventually released sometime in 2013.

FIFA 13 is more of the same but at this point, EA is all but bound to keep the series running into infinity. It releases sometime in Autumn, States-side, for every console and hand-held device known to mankind.

According to the very chippy press-releases, “Every mode, every screen, every pixel has been reinvented delivering the most innovative, connected, and authentic Madden NFL experience in franchise history.” In August 2012, football fans can see if this series has still the goods to deliver.

Or Medal of Honor: It’s not Call of Duty Black Ops, seriously. There’s going to be a robust single player campaign which ties into the multiplayer that promises “real world terrorist incursions on a global scale”. Fancy. It’s planned for a October 2012 release.

This was a pretty reliable basketball game when the Gear still had dreams of owning its own virtual NBA team. If EA sticks to the same formula, it’s going to burn through a number of gamepads on its October release.

We have to quote this as it makes no sense to us. “For the first time in franchise history, NCAA Football 13 allows players to utilise a former Heisman Trophy winner’s skill set in a quest to match the performances of some of the greatest of all time. Plus, game days come to life with the ESPN Bottom Line ticker and Studio Updates featuring new analyst Rece Davis.” Umm yes, if that sounds like your bag, grab it when it releases this July.

Here’s another winner, and another game with “13” after it. NHL 13 is a robust hockey simulator if we ever saw one. This one promises to “capture the speed, creativity and strategy of the world’s fastest team sport”. Sounds like a plan to us. Watch out for NHL 13 on 11 September. Pretty poor release date if you ask us.

The new SimCity is going to be a treat. EA have had almost 10 years now to effect positive change to a stagnant title. All we want is to build up the city to dizzying heights, only to tear it down again with the might of an alien attack. February 2013 is SimCity’s release date.

Effing finally. Star Wars: The Old Republic will not only get “more PvP, more high-level group content, new social features and new storylines for players to explore,” but hopefully a release in sunny South Africa. It boggles our mind as to why EA kept this away from us. Anyway, existing players get more content as a content waits in hope for Star Wars goodness. 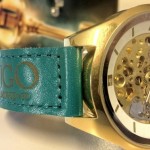