It’s only halfway through 2012 and already we’ve seen the release of several highly-anticipated tech products including the PS Vita, the new iPad and most recently the Samsung Galaxy SIII. However, there’s still plenty to come and we’ve rounded up some of our favourite tech products that we can’t wait to get our hands on. In no particular order, here they are. It goes without saying that Apple’s latest upgrade to its mobile offering is right at the top of many people’s lists. Ever since the release of the first iPhone five years ago the device’s popularity has grown with every new upgrade, and the latest looks to be no different. Although specs have not yet been confirmed, rumours abound that the phone will boast a bigger 4.1-inch screen with a 16:9 display ratio and a completely redesigned form factor. It’s also fairly safe to assume that the new device will feature a quad core processor and Apple’s famed, and greatly hyped, Retina display. Exact release dates are speculative at best. Whenever it does land, you can sure we’ll be at the front of the queue to get our hands on one.

Okay, so this isn’t one specific product, but with such strong contenders can you really blame us? Console gaming giants Sony, Microsoft and Nintendo are all set to release new devices in the near future. With consoles increasingly becoming the primary home entertainment system, the new editions are sure to pack in plenty of exciting features.

Nintendo’s Wii U is the only console upgrade we’ve actually seen (in the press), and it looks to be quite a step up from the Wii, and a rather ambitious foray into the console market. Instead of a standard controller, the Wii U will use something that looks like the bizarre lovechild of a console controller and a tablet, with full motion detecting technology. It’s an interesting choice and the kind that could potentially revolutionize the market, but in honesty we don’t see it happening. The controller looks cumbersome at best, and rumours are circulating that the new console will only match the horsepower of current gen consoles, something which could cost Nintendo dearly. Regardless of speculation, the Wii U still looks like a bunch of fun and the type of thing that you can’t knock before at least trying it. Signs are pointing to a launch date later in the year.

The reigning champs of the console world, the PS3 and the Xbox 360 are also set for updates although they might only come as late as 2013 or even 2014. Still we can’t help but be excited. The internet has been flooded with fan-made concept art of the respective machines and there are more than a few of the designs we wouldn’t mind seeing come to life. Like their respective current counterparts, the machines will most likely be closely matched in terms of processing power, with rumours claiming that both will make use of AMD CPUs and GPUs. Of course motion detection gaming will make up a large part of the sales pitch for both. The Xbox’s Kinect system has enjoyed widespread success, something they will look to build on, whereas the Playstation’s Move interface has all but fallen flat. Whatever they have up their respective sleeves, we can’t wait to see it.

There is however one small thing we’re not looking forward to: the growing shift towards downloadable games and cloud-based gaming. Understandably, when making new consoles and evolving gaming, developers are less inclined to consider the precious few of us around the world who don’t yet have the joy of affordable, fast, uncapped broadband, and rather focus on our better-off Northern counterparts.

Regular readers will recall that about we recently introduced you to the Leap, a device which could single-handedly change the way we interact with computers. This ingenious device looks to be roughly the size of a standard USB stick and works more or less like an Xbox Kinect, except it’s considerably more accurate and infinitely cooler. The device’s makers claim it can detect individual fingers and ridiculously tiny movements. Best part? It’s a simple USB plug-and-play device and is going for just US$70. I can already see myself “conducting” my way through my daily activities. Since the first iPad was launched, Apple has remained at the top of the tablet mountain, however that may all change in the very near future. Microsoft’s Windows 8 for tablets is shaping up to be a serious contender to the iPad. In terms of hardware it’ll depend on the manufacturer, but on the software front it looks to be matching Apple beat for beat. Metro is its answer to iOS and it’s already received high praise and where Apple has iCloud Microsoft has Skydrive. Various manufacturers have lined up to produce Windows-compatible tablets including Dell, Nokia and obviously Microsoft, something which may prove to be its strongest selling point. With a wide variety available, consumers will be able to choose spec-specific devices to suit their needs unlike with Apple’s rather limited offering. 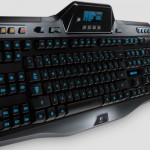