E3 2012, that super slick video game extravaganza is hurtling towards us like a bat out of hell. There’s plench rumours about what we can expect from the world’s biggest gaming expo. We’ve got our top five (and pretty plausible) rumours, ranging from most likely to “hell no”. This is the Gear’s opinion, so don’t shoot the messenger. 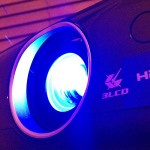