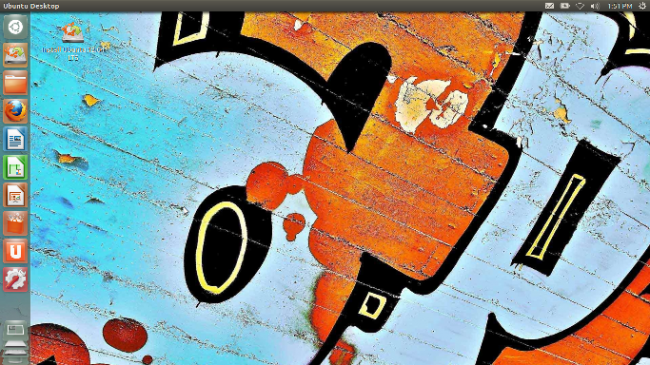 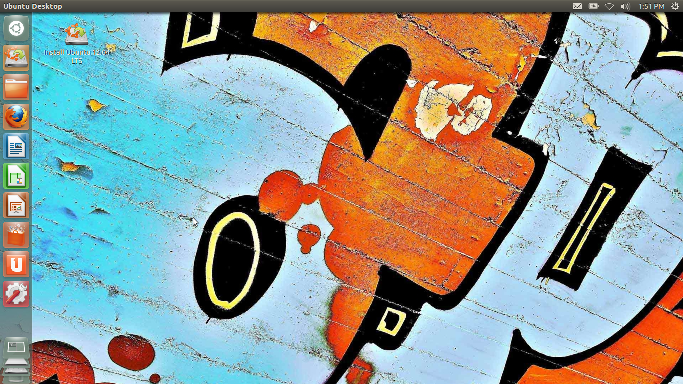 For years now Linux faithful have touted that year as the year of Linux. With every new version of Linux (called Distros) be it Mint, Ubuntu and others more people get hyped up over what the possibilities are for the platform. I’ll be looking into the latest Ubuntu 12.04 and giving my opinion on the matter.

Ubuntu is a lot of things. Linux is a lot of things. For one thing that everyone can agree on — including the ones that hate Linux — is that it is probably the best server operating system available. The problem with it is that most people want it to become a bigger player in the desktop market. What could be the problem there? Well it’s simple. Linux is the kernel, like Windows NT is the kernel of almost all of the Microsoft Windows builds. Linux is used in almost everything from Android to your fridge. 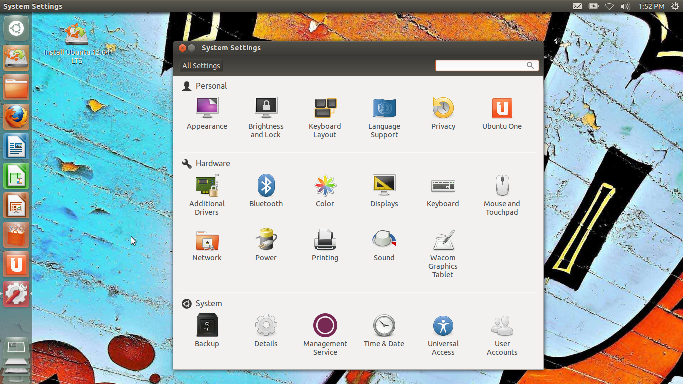 Where the problem comes in is that the user experience is governed by, mostly the folks at GNU. The creator of Linux, Linus Torvalds stated this on his Google+ page:

I broke down, and upgraded my old aging Fedora install on my desktop. Simply because my old F14 comes with ancient X versions that don’t contain all the fixes to make Intel 3D really work well. And yes, things really do work better on the graphical side.

But with F17 comes gnome3. And I knew I’d have trouble, but also knew that most of the worst crap could be fixed with extensions, and I’d used 3.4 on my laptop enough to know it should be all somewhat usable.

I’m really tired of the f*cking old “just use the keyboard shortcuts” crap. Sure, if you’re a keyboarding person, then gnome3 is a big improvement. But dammit, if you’re like me, and you write using the keyboard, and then use mousing for other operations, gnome3 is just not doing the right thing.

And what irritates me is how the gnome3 fanboys (and more importantly, developers), seem to never acknowledge that different people have different tastes. The whole “we know best” thing is a disease.

I’m really not that odd. I want a few things:

and the fact is that none of the above are “odd” requests, but for some unknown reasons gnome makes these fundamental things really inconvenient and hard to find.

And christ people – stop telling me about gnome-tweak-tool. I know. I mentioned the damn thing in the post, for chissake! Telling me about the tweak tool just shows that you didn’t even bother to read what I wrote.

I have found how to do all of the above things – except for the “flags for favorite applications” – but the fact is, the gnome extensions are not reliable and the UX sucks.

This clearly shows the deficiency in this system. Having the kernel managed by one group and the design and implementation by another is just a new way of creating chaos and fragmentation. Another problem is that when you use 12.04 Ubuntu and you want to move to Mint 13 you will be met with a whole new can of worms. 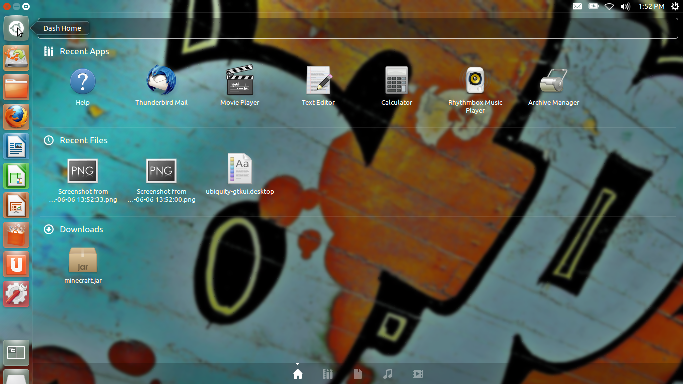 I for one enjoy using new platforms. I have used almost every OS out there (although I won’t say which my favorite in each category is). The Linux platform is too open, too free range to really make a dent in the wild west of the OS market. See what happens when a version of Linux (Android) gets a massive marketshare. You’re met with fragmentation, unhappy customers and huge volumes of malware.

OSX, iOS and Windows all have everything managed under one roof. Features won’t be taken away, the UI stays uniformly the same between versions (depending on gigantic leaps such as Windows 8) and the experience remains somewhat the same. And that is why Linux and the many versions that come with it will never fare well in the consumer space. Because giving the consumer and the distributor the benefit of the doubt will only get you and your platform in trouble. 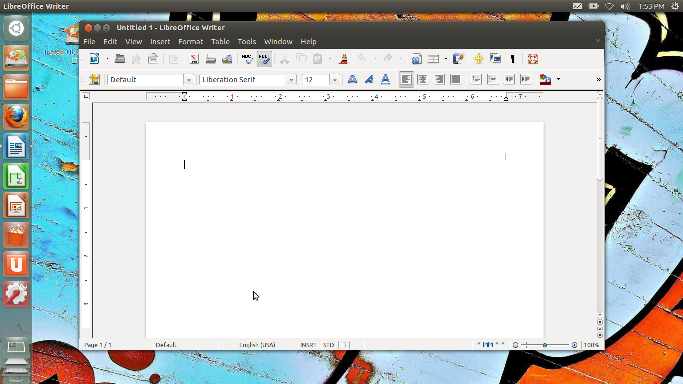 From the get go Ubuntu is quite nice, it boots extremely fast. I took the liberty to run Ubuntu on a USB stick as I always do because it’s ultra-portable. Even with that in mind the system runs fairly smoothly although somewhat lagging in some cases (probably due to the USB). However it is smooth sailing. The UI requires you to get used to it before just jumping in. You’re met with the standard ‘taskbar’ or ‘menu bar’ which changes with each application. On the side you will have your app dock.

From a desktop perspective everything seems to be easy enough to understand. The UI is clean and fresh.

The OS comes with basic apps like Firefox for accessing the web, LibreOffice for Word and Excel documents and an App Store. It also features Ubuntu One, a cloud storage solution built into the OS. Mail is sorted by Thunderbird and there’s also a media app. 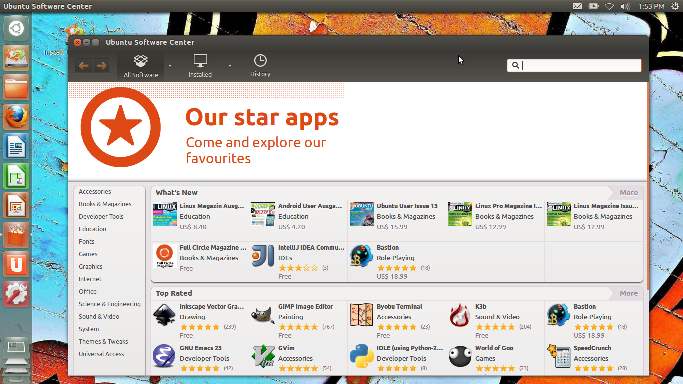 After connecting to the internet you’re met with a few hundred (254 to be exact) updates. For a new OS version this is quite astounding. Nevertheless, the system updates start automatically and it does not request any input from the user. So I checked if you had the option to download and install updates manually, but alas there is no such feature or setting anywhere. Under normal circumstances these settings would fall under ‘system settings’, however it’s hidden under the power button menu in the top left corner.

The software center features hundreds of cool and free apps. The store itself is somewhat jarring at best. When you click a category the store breaks from the front end design and lists apps in one single row. I would guess this is only a slight glitch. Installing apps can be frustrating. When I first used the store I was used to the Apple way of doing things: click install and go on with your life. However, certain apps require a two pronged approach. Click ‘use this source’, wait forever and then click install. An App store is supposed to have all the apps just one click away. Not have certain apps there and others available from some other source.

Regardless I downloaded a few apps that I use, like Turpial (Twitter) and Gimp. In regards to most of the Open Source versions of software, a hardcore office man can never get by with the limited functionality of LibreOffice and OpenOffice for example. I’m too attached to Outlook to give it up for some rather odd and lacking open version in the name of supporting Linux.

I took the liberty of installing Minecraft on the system and it went rather frustratingly. Normally under OSX and Windows you see a program you like, click download and install and then you’re done. With a game like Minecraft this whole process shouldn’t take too long, or shouldn’t be too hard to understand. If you’re running a clean install of Windows you need Java, and it redirects you to a site where you download the app and you’re done. Less than 10 minutes and you should be done. Just double click an icon and its running. 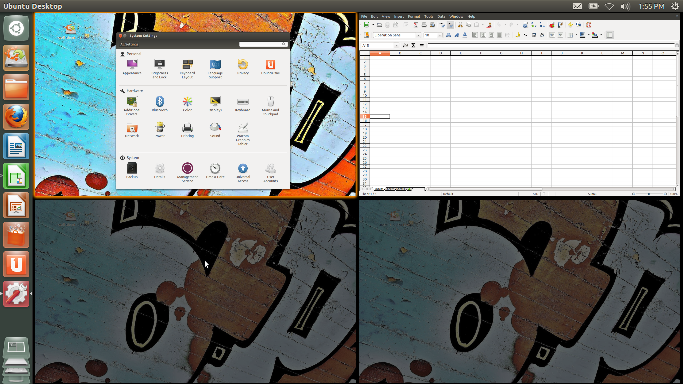 Ubuntu however seems to be out to make this process as difficult as humanly possible. After downloading the Linux compatible version which took a mere 10 seconds, you try to run it and it opens in an archive manager. This is where you lose 80% of the average consumer because what is going on. Well fixing this is a very long and very arduous process, and someone recently told me it was to ensure ‘security’, however this almost seems worse than the UAC imposed in Windows Vista.

This is why Linux and all the hundreds of versions out there will never be suited to any consumer based device because there are too many complicated steps to getting anything done. Yes once you have everything running you might have a better time, but you will spend hours upon hours trying to figure it out against say switching to Mac. 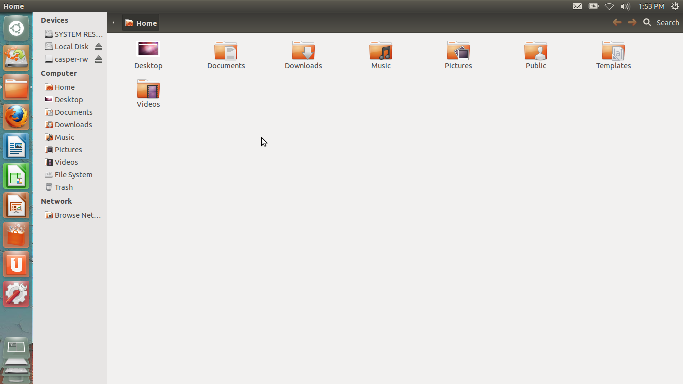 Ubuntu seems like a ‘Download more’ operating system that requires you to download (and sometimes failing at that) more software to do a simple task like listening to an MP3. Yes it’s fast, safe and useful in certain circumstances you will always be met with more roadblocks while going about your day.

If Linux wants to become a viable alternative to operating systems like OSX and Windows they need to fix the main problem, make the OS ready to go from turning it on. Settings need to be in obvious places and they need to make installing new software easier, as it will irritate consumers up the wall.

I for one love using Ubuntu, and for that matter every operating system available, because I love to tinker and explore every nook and cranny until I make it work. But Linux makes things extra difficult.

As for the year of Linux dawning on us? Well that is a pipe dream until someone takes control of this mess. Decide for yourself and download it here.