By Steven Norris: grumpy curmudgeon
Read next5 cooking apps that’ll turn you into a Masterchef

The in-app purchase hack which let users snag paid-for content for free is officially dead in the water thanks to new protection surrounding iOS 6.

“The game is over for now,” says Russian hacker Alexey Borodin who instrumented this pretty ingenious hack. “Currently, there is no way to bypass updated API’s,” and for those of us not in the know, an application-programming interface (API) is a set of programming instructions which makes calls to online functionality. Apple now supplies new iOS developers tools to combat this scourge.

Hacked into oblivion is a great way of summing up Apple store API’s. With some fairly minor effort, the user can store in-app purchases directly on a local machine. Usually, these purchase receipts are kept on Apple’s server. The app is wonderfully titled Grim Reaper and can be snagged here for those brave enough to test it out. Or follow this weird Russian tutorial video and get it right the first time.

The Russian hacker continues: “Currently we have no way to bypass updated APIs. It’s a good news for everyone, we have updated security in iOS, developers have their air-money. But, service will still remain operational until iOS 6 comes out.” His system works. Last week, over 8 460 017 free purchase transactions took place, according to Borodin.

So until iOS 6 comes out, the hack’s still gonna work. That’s a good two months of gaming the system. Apple’s plans to release its new iPhone in September, so there’s plenty of time to “experiment” with the in-app purchase hack until then. Just don’t get too attached to any purchases. And very importantly, the Gear hates piracy and software theft of any kind. This hack, and any like it is performed at the behest of the user. 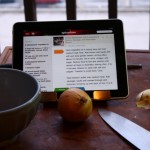