Wi-Fi Direct, a standard which lets wireless devices communicate sans WAP is getting a tasty reboot.

The decidedly creepy sounding Wi-Fi Alliance says, “The connection doesn’t come first, the application discovery comes first,” meaning that the Alliance is going to work on speeding up wireless connection capabilities. Wi-Fi Direct’s new direction will give smartphone to device connection a purpose. Before, devices that were “Wi-Fi ready” didn’t work, wouldn’t connect, or couldn’t do the job it advertised on the box. It’s been a tough road towards device coherency.

If Wi-Fi services discovery is improved, there’s the chance that app developers will create better platforms for WiFi capable devices. Here’s what could happen: Instead of a printer needing a complicated setup to connect to a smartphone, users can push a button and instantly connect.

Yes, it’s possible to do this now, but it barely works, and we can attest to this. Wi-Fi direct stumbled out of the gates in 2010, now comes the time for its reckoning. 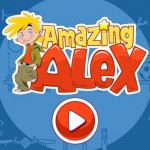