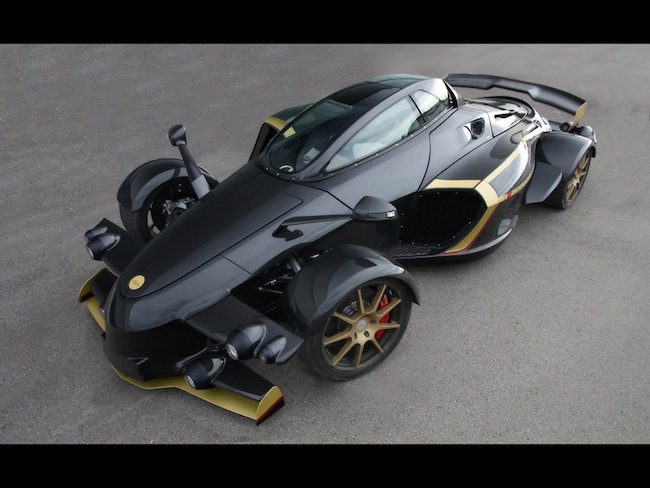 When someone says supercar, the first place you think about is Italy. It’s simple — Italy makes the best supercars, and a hell of a lot of them too. So what happens when Poland, or say, Mexico decides to try their hands at building a thrill machine? What a ghastly name, and yet what a beautiful body. It has something of a Lamborghini-cross-Tesla thing going for it. There’s more than a touch of Italian in there: the body for one, and the name sounds like the new Pagani Huarya. Now who in their right mind would want to copy that name?

Anyway, this gorgeous piece of machinery will get a 6.2 liter V8 producing 650bhp, enough to get the Hussarya from 0-60mph in a claimed 3.2 seconds. Not bad. Sounds about right with its 1 300kg weight. On top of that, Lee Noble is in on the project, lending some solid credit to the car’s potential handling. It is not yet in production, so only time will tell how it’ll be. They certainly got the name right with this car, because just like Tony Montana, it will kill you if you’re not careful. It looks like a mix between a hammerhead shark and an F-22 fighter plane. It’s super awkwardly shaped, but I think its full carbon fiber body is gorgeous. It even seats the passenger behind the driver like a fighter plane.

This is probably so the passenger doesn’t shit himself/herself because squeezed into the back is a 5.5 liter V12 Mercedes engine with 720bhp and, wait for it, 1100Nm of torque. That’s enough to twist the tale off a whale. And it’s not even that expensive, only US$495 000! I’d easily pay that to see this in my driveway every morning. “Abundantly fast, abundantly luxurious, abundantly exciting to drive and to look at”, says the Pléthore’s website. So it’s abundant, is it? That’s what its name means, at least. It doesn’t lack for visual stimulus, that’s for sure. Powering it is a large 7 litre supercharged V8 with no less than 750bhp.

It is a mean looking piece of kit, with lots of bulges and vents everywhere. There’s a lot to take in. Those big vents in the side, for instance, look like they could swallow a medium-sized dog. Shown at the 2011 Los Angeles Auto Show, the MXT is Mexico’s first and only supercar. Not exactly a looker, though, is it? Kind of plasticy-looking with a touch of frog. It is nice and compact, though. The engine is a turbocharged 2 litre sitting behind the seats, putting out 250bhp. Not a crazy amount of power, but with only 1050kg to haul about, it should be quick, if not entirely mind-blowing.

So Mexico is capable of producing more than just the burrito. Who would have guessed? It may even be pretty good, in that zippy and agile sort of way. Like a dog that can climb trees. There is one thing you cannot fault DC Design for, and that is boldness. Supercars are supposed to be dramatic and eye-catching. DC got that right. Though, I wouldn’t call the Avanti pretty in any way or form.

It’s an odd-looking creature. Is it just me, or does is there a touch of Voldemort in there? It also looks like someone took a peddle for the basic shape and cut and slashed here and there for some dynamic, and presto-chango a car was designed. Just be glad you didn’t see the back, cause it’s pretty bad.

There will be two engines available: a four-cylinder turbo with 265bhp from Ford and a V6 turbo with an expected 400bhp from Honda. Outsourcing is useful. Let’s start with the price, because it almost (almost) shadows the car itself: US$1 800 000. For that price you could get a yacht. Your yacht would not be as fast, though. Because this thing has 1,250bhp. It takes a 7 liter V8 with a turbo and a supercharger to get there. Why have either when you can have both, I guess.

Fully carbon fiber and rear wheel drive mean that it’s light and tail happy. The Zenvo is probably one of the closest ways you could get to suicide without actually achieving it, and that’s only if you’re a good driver. It certainly looks like it wants to kill you. You actually have to be approved in order to get one of the only 15 that are going to be built. Or in other words, get approved for your likely death.

From Croatia: Rimac Concept One There’s been this new move towards crazy-fast electric cars. Some went up Pikes Peak recently and then there’s this: the Rimac Concept One. It’s a Croatian electric supercar with 3,800NM of torque. Yes, you read that correctly. I don’t know how the axle would withstand it, actually.

It’s got four electric motors driving it — one at each wheel — with a combined output of 1088bhp. The benefit of four separate motors is absolute independence. Each wheel can control the exact amount of power being produced to get the best traction possible. It’s pretty heavy at almost 2 tons, but that power and torque mean it’ll hit 0-100kph in under 3 seconds. I hate teaser shots of cars. They show you enough to get an idea of the shape of the car, but also build potential disappointment if it doesn’t fulfill your expectations. For instance, this car from W Motors exhibits some pleasing proportions. Flared arches, vents in all the traditional places, and with a style all its own. But then again, it could look crude and messy when the lights go on.

There will be two models: the Hyper-Sport and the Super-Sport. The Hyper-Sport will be the first to go into production. Like many supercars found in the Middle East, it will have a very tasteless amount of bling splattered about. Like diamond encrusted LED lights and a gold-plated bonnet to blind the pathetic Toyota drivers. Further details are scant, but with the goal of producing the most luxurious supercar in the world, expect the ridiculous. The second Spanish entry here, and in some ways kind of similar looking to the first. Both have the front wheels and headlights sticking out of the body. But from there the differences are apparent. The Aspid has, if anything, the more modern look, and in some ways makes the Tramontana look a bit out-dated. The body is made up of aerodynamics. It’s quite nice.

The biggest difference is the fact that the GT-21 is a front-engined, rear-wheel drive 2+2, meaning there’s two seats in the back that children would find comfortable. It only weights in at 965kg too. This is possible by having a completely composite body on an aluminum space frame chassis. It’s powered by a 4.4 liter V8 putting out 450bhp, which gives it a power-to-weight ratio that would make a Bugatti blush. 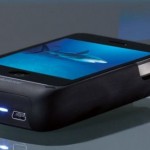