South African based telecom and parastatal Telkom will upgrade all 1MB (up to 1024k) ADSL users to 2MB (2048k) from 24 August. Don’t pick up a phone to dial Telkom though, as the line upgrade is free and seamless. 1MB users will just segue into 2MB without hardware or software changes from their side.

There’s something for the little people as well, or those who are still stuck on a 384k line. Telkom’s upgrading these users to a 1MB connection, as from 1 October. There is a chance that for users of older modems, like those goddamn Billion routers of years gone by, they’ll have to reset their routers. As we always say, the better the internet speeds and prices are, the better it is for our dear gadgets that rely on the internet to function. Speed equals peace of mind.

It’s a great time to be an ADSL user in South Africa. ISPs such as Axxess have dropped ADSL pricing for 10MB products, so for under a grand, almost anyone can have access to “first-world” internet speeds. Rock on, South African internet. 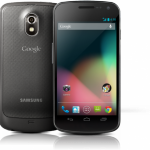