Forget the clapper. That thing just takes up valuable wall-socket space and turns on lights. Ubi, short for The Ubiquitous Computer, connects you to all the internet greatness and all through voice activation. No hands needed.

It is attempting to get off the ground via the very effective Kickstarter. Ok, so you won’t be able to see cool videos or images, but you can still find out as much as you would want to by just speaking into it instead of digging through your apps or Googling the interweb. So it’s kind of a Siri that plugs into a wall, but one that’s always on and always listening.

Better yet, it has a bunch of sensors like temperature, humidity, air pressure and ambient light. So, wake up in the morning and you already know what the weather is because your wall computer told you. You don’t have to buy those baby monitors because Ubi will do that for you. And you can even set it to tell you if someone just entered your house.

So it’s a bit less than a fully-fledged computer and a bit more than Siri. Depending the price, it could be quite the nifty useful gadget. It’s open source too, so you can do with it what you will. There are also lights to alert you to any activities you want to be alerted to.

The technical specifications aren’t entirely mind-blowing, but are still reasonable. It has an 800MHz ARM Cortex-A8 Processor, 1GB of RAM and runs off of the Wi-Fi network. It has Bluetooth 4.0 and uses Android 4.1 Jelly Bean as its OS.

Ideally you would use it as an information source and not as your everyday computer. It would be nice to have one in each room for a direct line to information where ever you can be heard. It would, however, possibly restrict your privacy a bit, having a camera that is constantly on in your room, but, hey, some people are exhibitionists. This would particularly make a great device for the physically impaired. 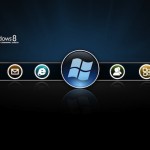