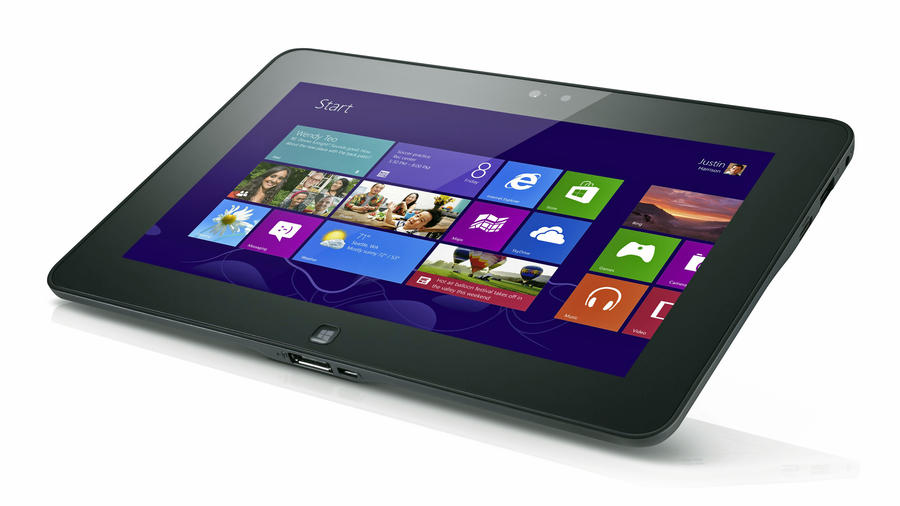 Even if you already use an iPad or Android tablet for work, chances are aWindows 8 tablet isn’t the first things that pops into your head when you thinking about working on the go.

This could be all set to change in October though, especially if Dell has its way.

We’ve managed to get our hands on the Dell Latitude 10 tablet, and its fair to say that this already feels like a better thought-out offering than what we’ve seen on the market from Dell previously.

A major part of this can be attributed to Dell partnering with its tried and tested partners, namely Microsoft and Intel. The former for the operating system, and the latter for the important silicon driving this tablet. We saw a couple of Dell tablets at IFA 2012 recently, namely the Dell XPS 10 and theDell Duo 12, but this is its first offering in its professional Latitude line.

There are a lot of hopes pinned on the Microsoft tablet-focused OS, but Dell does seem to have pieced together a solid proposition with the Latitude 10, with its business focus giving it a unique selling point in a market that is predominantly focused on consumers.

Dell isn’t the only manufacturer doing this, but the handful of optional extras – including fingerprint and smart card readers – combined with the company’s experiences supporting plenty of big companies should win out.

The fact Dell will be shipping a powered docking station alludes to the business asperations it has for this device, with the 4 USB port hub enables you to hook up a monitor, keyboard and mouse to turn it in a full working PC.

Probably the biggest headline grabbing feature of the Latitude 10 is the fact that Dell has engineered it with a replaceable battery – something pretty much unheard of in tablet circles. Dell believes the 2-cell battery should be good for around 10 hours in normal use, which is pretty standard for tablets.

The ability to swap in a second battery means you don’t have to limit what you’re doing to ensure you’ve got the juice to make it through a full working day – something that makes sense if you’re trying to work on it.

Other than the battery, at first glance this is a fairly standard 10-inch tablet, boasting a 10.1-inch IPS display with a native resolution of 1366 x 768. The screen is protected with Gorilla Glass of course. Its a capacitive 10-point touch system that supports input from an active stylus too, although this isn’t included by default.

The overall dimension of 274 x 177 x 10.5mm won’t win any awards and the weight of 725g doesn’t make it the lightest machine in its class either, but it feels well balance and reassuringly solid in your hand.

On the hardware front, you’ll find the latest dual-core Intel Atom providing the raw number crunching power, with 2GB of DDR2 SDRAM giving plenty of space for most apps. You can expect the usual capacities on the main storage front up to a whopping 128GB, plus there’s a full sized eMMC SD card slot on the top of the Latitude 10 for expanding this further.

Speaking of ports, the Latitude 10 is awash with them. There’s a full specification USB 2.0 port on the right-hand side of the tablet, sandwiched between the headset jack and the mini-HDMI port.

The left-hand side of the Latitude 10 is home to the volume rocker and the lock slot (although we’re not too sure how useful this is on a tablet). Meanwhile on the bottom of the unit you’ll find the docking station connector and a micro-USB port for charging if you’re not using the docking station.

In use we found the Latitude 10 to be responsive, comfortable to use and natural fit for Windows 8 and Dell’s aspirations for it to handle more than simple consumption. We’ll hold off a full review though until we get to use the Latitude 10 for a long period once Windows 8 has been released.

From our initial inspection, the Latitude 10 feels like a true business tablet. And that’s meant as much as a compliment as it is a criticism for its functional aesthetics. The replaceable battery isn’t hidden behind some sleek aluminum plate, and those gaping ports haven’t been left out in order to create a smooth piece of industrial design.

Just as Windows 8 affords a new ethos for tablets, so the Dell Latitude 10 focuses on what you can do with this tablet, rather than how smoothly it slides into your over designer bag. Anyone looking to do more than just play games and read books on their tablet should keep an eye on this one.

The Dell Latitude 10 release date is 26th October, to coincide with the Windows 8 release date. 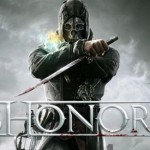