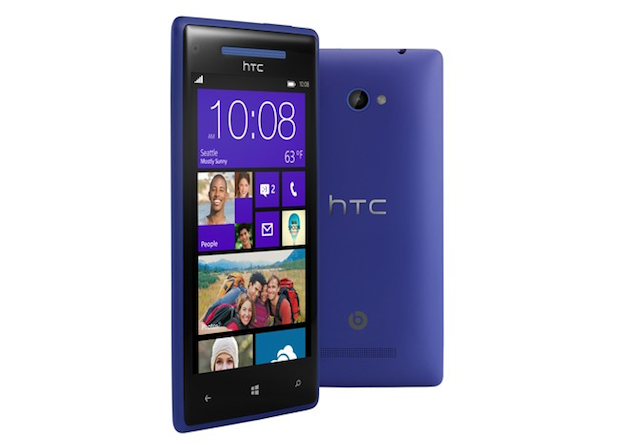 The Windows Phone 8X by HTC, to give it its proper title, is a poorly named handset, but don’t let this put you off what looks to be a promisingWindows Phone 8 device.

Expected to land in stores from early November, the Windows Phone 8X has been chosen by Microsoft to fly the flag for its latest mobile operating system, although pricing for the handset is still unknown.

HTC has chosen a new design path for its Windows Phone 8 range of devices and the 8X leads the way with its sleek, unibody chassis creating an aesthetically pleasing handset.

The phone is furthered enhanced by the blue/purple finish HTC has put on the Windows Phone 8X, and it’s nice to see an injection of colour in a market which has been recently dominated by black and white slabs.

HTC will also be offering the 8X in a fetching neon yellow as well as the traditional black, with the US getting treated to a red version via Verizon – which may, or may not, make its way to the UK next year.

At 10.6mm you may be concerned that the Windows Phone 8X is going to feel pretty chunky went put up against the likes of the 7.6mm iPhone 5, 8.6mm Samsung Galaxy S3 and 8.9mm HTC One X, but the tapered edges ensure a deceptively slim appearance.

The slightly rounded back nestles comfortably in the hand, and the polycarbonate chassis provides a decent level of grip, similar to the One X, which we prefer over the cheaper feeling and more slippery plastic back of Galaxy S3.

The Windows Phone 8X is evenly weighted, making it well balanced in the hand, with enough weight to make it feel like a premium handset without being overly heavy.

We were impressed with the design Nokia chose for the Lumia 800, but that now feels aged in comparison to the 8X, and we also prefer it over the new Lumia 820 and Lumia 920 handsets.

Up top you’ll find a 3.5mm headphone jack next to the power/lock key, which isn’t difficult to press, but we’ve come to prefer the top right location for this button, as it makes it that bit easier to hit when holding the phone in one hand.

The right side of the HTC 8X sports a microSIM tray, volume rocker switch and lower down, a dedicated camera shutter button – something we don’t see all too often these days, but it is an option which commonly features on Windows Phone devices.

You’ll need to pop that SIM tray out with the handy tool (read paperclip) which comes in the box, which is easy enough as long as you don’t misplace the bloody thing – as it’s pretty darn small.

On the left you’re treated an uninterrupted view of the smooth, rounded edge of the Windows Phone 8X, while on the base there’s a centrally located microUSB port – far better than the location of the same port on the One X, which was on the left side and made using the handset while plugged in an uncomfortable experience.

The 4.3-inch Super LCD 2 display, which offers up 720p HD resolution, appears bright and clear, with strong colour reproduction and crisp text all making for a pleasing viewing experience.

We were only able to admire the lock and home screen of Windows Phone 8, as the 8X we got a grip on didn’t have a final build of the WP8 software, but in terms of screen quality it’s so far, so good.

As with the likes of the One X and One S, the HTC Windows Phone 8X doesn’t provide you access to the sealed 1,800mAh battery – but it’s a decent size which should mean it’ll see you through a day of relatively high usage without you having to dash for the charger.

Some will be disappointed to learn that while the 8X comes with 16GB of internal storage, there’s no microSD slot present on the handset, meaning you won’t be able to expand your storage options.

This could prove problematic for those with large music collections or a passion for HD movies on the go, with the provide space filling up fast.

Round the back there’s an 8MP camera with single LED flash and full HD video recording, and HTC says its tinkered with the snapper to provide better quality snaps – something we’ll put to the test in our full, in-depth Windows Phone 8X review.

There’s also a front facing camera located next to the colourful earpiece, and while at 2.1MP it’s not the worst front camera on the market, we’d still recommend the rear option for serious snaps.

Connectivity wise HTC has spoilt use with NFC, Wi-Fi, Bluetooth, A-GPS and DLNA all available on the 8X, plus there’s an FM radio stuffed inside the body too.

As we mentioned at the start, we’ll update this review later today with our findings from the fully working version of the Windows Phone 8X by HTC, after we’ve spent some time with it at the New York event.

However what we can say so far is that we’re fans of the new design HTC has brought to the table, and as long as the on-screen performance matches the quality of the body, the HTC Windows Phone 8X is shaping up to be quite a device. 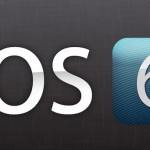