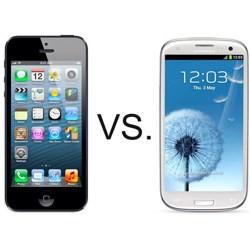 The stuff that dreams are made of? Apple and Samsung’s latest smartphones, namely the iPhone 5 and Galaxy S III are dropped to within an inch of their glass and silicon lives.

First off, the S III and we’re sad to say it doesn’t go the distance. Dropped from a height of roughly a meter, the phone bounces slightly and cracks heavily. The testers are also unable to power on the S III after to the drop test. Get with the programme Samsung.

Next, the iPhone 5. Happily, it survives the nasty drop on its side. But here’s the thing: the S III dropped on its front, iPhone 5 on its side. If it was up to us, we’d have reshot the video with a front drop for the iPhone. Fair’s fair.

The iPhone 5 also conquered the water, being the sole survivor of a chlorine-based testing initiative. Simply put, it was dropped in the water and kept on rocking ‘n rolling.

Finally, the iPhone 5 survived a bottle of beer being dropped directly on the screen. The Galaxy S III sadly, died once again. Is the iPhone 5 the strongest phone on the market? This video is proof that strong design and liquid metal glass conquers all. 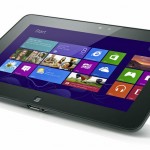