By Steven Norris: grumpy curmudgeon
Read nextTry not to drool all over Nokia’s official Lumia 920 hands on video 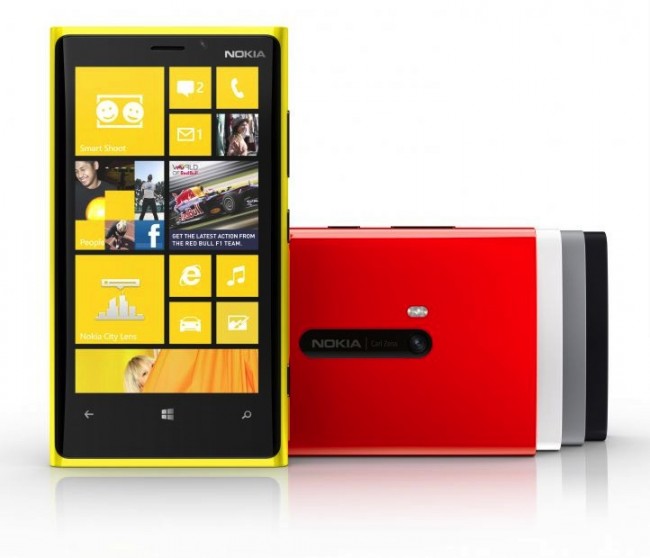 Update: Dying to know when Nokia’s flagship phone is coming out? Sources say November, just in time for the holidays. There’s still no word on when the Lumia 820 launches, but at least it’s something, isn’t it?

It all happened at the Microsoft Windows Phone 8 event in New York a few minutes ago. The Nokia 920, plus a bunch of fancy new wireless charging gizmos, saw the light of day. Here’s what went down:

The Lumia 920 has the “latest Nokia PureView camera for taking the best pictures and videos of any smartphone”. That’s a 41MP snapper folks, which “lets the shutter stay open, longer” (for a better picture we take it). Nokia City Lens (the Augmented Reality app) is also included. Automatic camera controls for adjusting the light are part and parcel of a banana yellow package. The offline maps, which Nokia calls “the real deal” will let users control the mapping software without an active internet connection. Camera control is meaty and intuitive and pinch to zoom replaces the usual slide to zoom. But it’s all about “Lenses” or apps for the camera itself. And all photos from first or third-party apps will be automatically uploaded to SkyDrive.

Then there’s the screen. Nokia PureMotion HD+ powers the “better than HD”, WXGA, 4.5-inch screen. Everything is sharp and crystal clear. Is this thanks to the new “super sensitive touch” tech? We saw a demo of the phone being used through boxing gloves, and it looked neat as hell. The 2000mAh battery should also be more than enough to get normal pundits through the day. As for the CPU, Nokia chose the Snapdragon S4. Colours you say? The Lumia 920 will come in Slate grey, red, and yellow.

More about the build. This is one of the strongest phones ever made, with ceramic keys and a camera badge on the back which is “impossible to scratch”. Yeah right, give us a minute with it and we’ll scratch it to hell and back.

It’s the wireless charging we’re most interested in. It runs on the QI standard and Nokia plans to integrate these systems into retail outlets, such as Starbucks, for free wireless charging. Fancy. “It’s easy and simple. It just works,” says Kevin Shields of Nokia. Unsurprisingly the Lumia 920 also rocks NFC, just like most other Lumias before it. This was demonstrated with a JBL speaker called Power Up. Seen it.

Angry Birds Roost became the default gaming app of the evening. Roost is a hub for all things Angry Birds and something we’ll lap up when it comes out.

The Lumia 820 is no surprise. It has a 4.3-inch display, NFC, a 1650mAh battery, microSD slot and it’s coming in the colour purple. Not much else to it really. It will obviously be a great deal cheaper than the Lumia 920. A word on Windows Phone 8

Jo Belfiore took the stage for Windows Phone 8 portion of the event. Plenty of buzzwords were thrown around and Belafiore himself said he owned a Lumia 920: “This is the Lumia 920… this is my own phone.” Good luck to you mate. We like our phones in black. Everything discussed here is known. Smaller live tiles, the People Hub (all social media and contacts in one place), 100 000 apps. Thanks for playing.

IE10 looked surprisingly robust though: we’ve used it before and can attest to its internet browsing powers. Pinning websites to IE10 is a decent experience and HTML 5 compatibility should future-proof IE10, for now. And, cool. screenshots can now be taken on Windows Phone 8, just press home and power.

That’s all folks. No announcements on price or a definite launch date have been made yet. 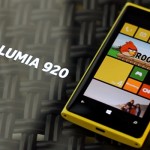