Nokia’s Lumia 920 is seen by some as a vital phone for the survival of the company – but is it a leading smartphone worthy of Windows Phone 8?

We’ll get it out the way early on: Nokia was being overly-cautious with the Lumia 920 at its Nokia World press event – we were allowed only brief time to take pictures and were only shown the device being used, rather than play with it as intensely as we normally like to.

But let’s get onto the design: it’s the same polycarbonate as used before, but given an odd glossy sheen. We’ll be honest: we’re not fans of the shine, as the matte finish of the earlier devices really stood out.

However, it does represent a difference between this and the Nokia Lumia 900, which will be necessary on the shop shelves.

The phone feels a little larger in the hand than its predecessor though, and while glossy doesn’t really slip about when used.

The 4.5-inch screen isn’t as large as some others on the market, but that shouldn’t detract from the performance, as it’s very good. The larger screen is perfectly sized for the tile arrangements, and while it’s annoying the extra width and resolution don’t allow for more tiles on the screen, the display is vivid to say the least.

It uses Nokia’s PureMotion HD Plus technology to make it ‘better than HD’, according to the Finns’ Jo Harlow. It’s actually just HD in reality, but it does sparkle when viewing media.

The layout of the buttons isn’t to be sniffed at either, as we couldn’t see any reason to jiggle the phone around in the hand during our quick test, as all could be reached without effort.

The ceramic effect of the buttons is an interesting contrast to colourful polycarbonate and is attractive, which is fast becoming a feature of Nokia phones these days.

The rest of the Nokia Lumia 920 is also interesting, featuring some alternative design options. For instance, there are micro-drilled holes at the top of the phone that function as a microphone (and the trick is repeated at the bottom for speakers) – plus the headphone jack is placed centrally for easier use in the pocket apparently.

A single slot gives access to the SIM card, and you’ll need the familiar tool to get it out, which means hot swapping is out of the question. Talking of which, there’s no option to plop a memory card in there either, which is infuriating.

There’s plenty of talk about the fact that consumers don’t really NEED microSD card slots from the big manufacturers – after all, it does make designing the unibody handsets so much easier.

But given Windows Phone 8 now supports expandable memory, it’s only right we should see it from the flagship handset.

The interface of WP8 is well-documented – you can read our hands on:Windows Phone 8 review to get the full insight there – but it does look good on the large display, as we mentioned before.

There was minimal lag in the demonstration we saw, with flipping between apps showing nothing in the way of slowdown. This is always helped by the overly-elaborate animations that greet each app movement, but it does remain slick in the eyes of the user.

We checked out Nokia Maps (which looked great on the large screen – this is going to be a really decent satnav device) and the new cinemagraphs app. This essentially allows you to take a small film, choose a thumbnail as the photo itself then scrub over certain elements to animate them.

This has the effect of making a load of GIFs on your phone – it looked cool and easy to do, but we can’t see it being more than a gimmick when users get their hands on it.

There are plenty of other features we’re excited to try out: for instance, the PureView camera looks decent (although not really worth the whooping in the room when it was announced) and the NFC capabilities, so long a strength of Nokia, are once again well-implemented. From wireless speakers to, well, wireless headphones, Nokia is excited about the tech.

It didn’t work well at all in the demonstrations we saw – but then again, this is prototype stuff. Which is why it’s annoying we weren’t granted longer with it to bring you a better picture of the Lumia 920.

Nokia is being frustratingly precious about its phones at the moment – surely Windows Phone 8 should be more ready for at least beta testing by now – which means forming a decent opinion on the new phones is difficult to say the least.

But the Nokia Lumia 920 is a good phone from the outset, although it didn’t really give us much to feel wowed by. That’s partly down to the fact we couldn’t properly play with it, but also because it still bears so much of a resemblance to previous models.

Nokia’s Pureview, Drive, Maps, Public Transport and Music are decent apps to differentiate in a crowded market, but we can’t help but feel that this may not be enough of an evolution to really take Windows Phone to the next level. 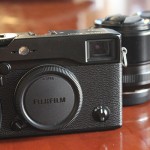 The Fujifilm X-Pro1: so much more than just a pretty face
Cameras • 7 Sep 2012
Read More
More