By Steven Norris: grumpy curmudgeon
Read next6 of the best games that no one played

The iPhone 5 uses the new nano-SIM. And South African mobile operator Vodacom has told its trading partners to “order new Nano SIM cards to be used in a soon to be announced new handset”. Put two and two together and that equates to SA readying itself for the iPhone 5, possibly. Nano-SIM pictured in the middle

The price of the new nano-SIM will set users back around US $12 (R105). Can a standard micro-SIM be converted to a nano-SIM? Yes. Will it work in an iPhone 5? Yes and no. Apple was one of the first companies to adopt the micro-SIM standard, and currently the iPhone 5 is the only official nano-SIM phone announced.

The iPhone 5 ships to eager customers 21 September, with a worldwide push to over 100 countries come December 2012. South Africa is yet to be named as one of these countries, but chances are even money that it will be. 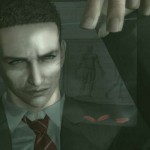