At a Microsoft event scheduled for 5 September, Nokia is planning to unveil its two new Windows 8 Phones, the Lumia 820 and 920. Most excitingly, the Lumia 920 will have wireless charging. This is Nokia’s high-end Windows 8 phone, so nothing but the best for these candy-coloured slabs of Finnish delight.

The 32GB, 1.5Ghz CPU-rocking, 4.5-inch HD screen of the Lumia 920 will use an inductive wireless charging method. So drop the Lumia on the wireless charging pad and chill the hell out as it juices up via SCIENCE! Here’s what the pad and phone look like, care of a twitter leak early this morn: Everyone’s going batty for this phone but let us warn you, it’s not going to feature the now-legendary 41MP PureView camera. It’s widely expected that the new Lumia’s will roll with 8MP snapper, with a 1.3MP front-camera for video calls. We’ll find out tomorrow when the phones release, what the story is with wireless charging and what the hell Nokia was thinking when it painted these phones banana yellow and strawberry red. 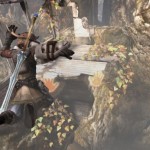