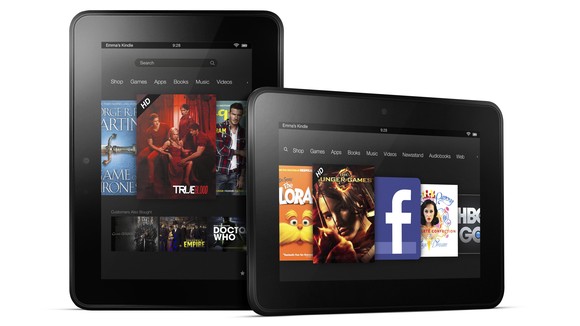 Amazon changed the tablet game late last year with the introduction of theKindle Fire, a $199 7-inch tablet that – while limited by a slim offering of apps and lower-end hardware – really upended the lower end of the market and proved a dramatic success.

No other manufacturer could compete on both price and features until Google and Asus dropped the similarly priced Nexus 7 this summer. The gorgeous screen, sleek form factor, and pure Android 4.1 UI made Amazon’s once-impressive entry seem immediately antiquated, but we all knew the online retail juggernaut wouldn’t rest on its laurels for long.

While the standard Kindle Fire has been lightly revised and reissued for a mere $159, the new Kindle Fire HD is Amazon’s true effort to fight off theNexus 7 and upcoming Nook HD. With a totally new build, notably enhanced display, and front-facing camera, it’s a marked enhancement over the original Fire model, but are Amazon’s custom UI and ecosystem still holding it back for power users?

The larger bezel all around means that while the tablet takes up a bit more real estate on the whole, it’s an easier device to hold while reading or watching videos without covering up the actual screen – a far cry from the compact Nexus 7 in this regard.

From the front, it looks a bit like a smaller black iPad without a physical button, albeit one with the 1.3 megapixel camera – used solely for Skype video chats at this point – placed on the left side for use in landscape. A hard and slightly cheap-feeling plastic border surrounds the bezel, though it’s the back of the Kindle Fire HD that won’t be mistaken for a competitor.

Sleek and stylish, the rubberized slate-color back is marked by a deep black racing stripe of sorts, which Amazon not only uses to mark its territory with an etched “Kindle” logo (standard Amazon branding is below) – it also houses the speaker grates, which allow the Dolby Audio dual-driver stereo sound to come through. Or blast through, rather, as we’ll detail later on.

The Kindle Fire HD does have physical buttons blended subtly into the top of the frame near the 3.5mm headphone jack – a power button and a volume rocker, the latter an appreciated addition over the standard Fire.

However, they’re a little too subtle in the build. We still fumbled to locate them naturally after several days with the device, and without more obvious placement, it’s easy to lose track of which way is up on the tablet. Yes, even with the camera lens on the left side bezel.

The base 16GB model of the Kindle Fire HD (which we reviewed) sells for $199, while a larger 32GB version retails for $50 more at $249. Expandable storage is not an option with any model of the Kindle Fire, and don’t expect to get a power adapter in the box – you’ll need to buy that separately, provide your own from another device (the Nexus 7’s works), or charge only via USB.

Finish the full review at Techradar.com 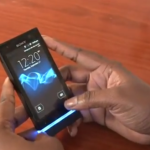